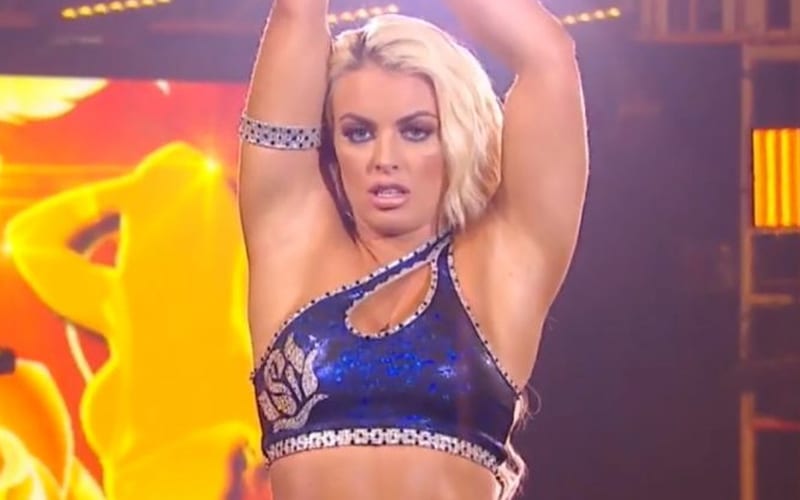 Mandy Rose was on SmackDown in the midst of a romantic angle with Otis. Then she defeated her longtime friend Sonya Deville at SummerSlam. Suddenly, she was moved to WWE RAW. This was quite a surprise.

Rose blamed The Miz for this move. She was not happy about it, but Mandy promised that she’s still going to keep dating Otis off-camera. Now Rose is ready to seize an opportunity on the red brand.

The Golden Goddess was kept off SmackDown for weeks following SummerSlam. Now she’s excited to get back on television as she is promited to be in the ThunderDome for RAW this week.

“Hope y’all ready for Monday Night RAW,” Rose tweeted out with a kissy face emoji attached. It will be interesting to see what role they have her play on Mondays, but she seems ready for anything.

Keep checking back with Ringside News because we will have full coverage of WWE RAW this week. It will be In Your Face in an attempt to sway viewers from Monday Night Football.