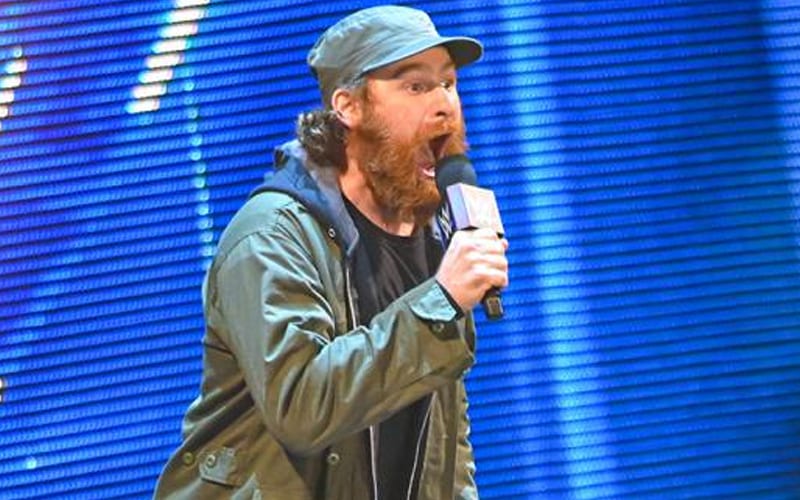 There was quite a stir when the NFL’s sign of solidarity was met with boos. Titus O’Neal was not shy about speaking out against that situation. He called those fans “a disgrace.” Sami Zayn has a way to remedy it, but it might not be desired for some people.

The self-proclaimed IC Champion suggested that if fans want to take politics out of sports then they need to go all the way with the idea. Zayn threw out the idea that all military ceremonies and the National Anthem should be nixed as well.

If we wish to “keep politics out of sports”, that also means no longer playing the national anthem and suspending any and all military ceremonies from all sporting events.

Sami Zayn is no stranger to controversy. That suggestion is likely going to receive a few negative remarks. This might be a way of Sami Zayn drumming up more heat for himself, but odds are at least a part of him thinks this sounds like a good idea.

What do you think about Sami Zayn’s latest bold suggestion? Sound off in the comments below!