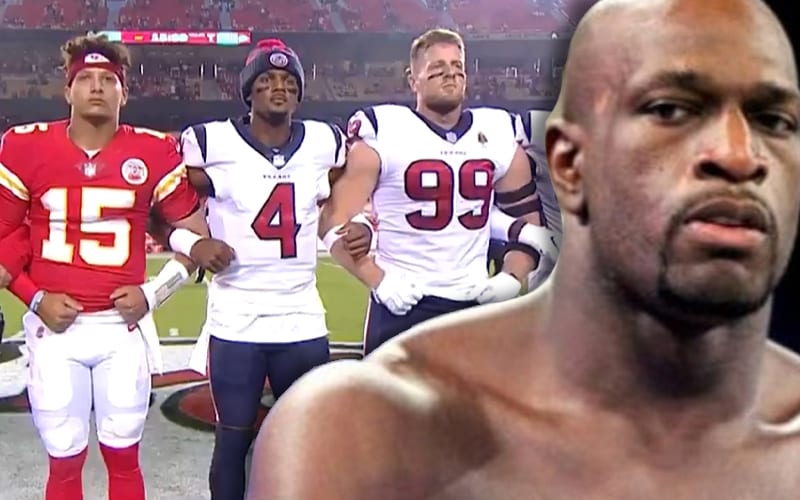 Last night during the NFL’s opening game of the season, the Kansas City Chiefs & Houston Texans put forward a sign of unity in the midst of the Black Lives Matter movement.

The subject is as controversial now as it has ever been, from the protests on the streets to the clear divide in opinion over whether or not sport and politics should mix.

After some boos were heard in the immediate aftermath of the act by the Chiefs and Texans, WWE superstar Titus O’Neil took to social media in order to give his thoughts on what happened.

It was clearly Never about the Flag or the Anthem to the @Chiefs Fans that we’re Booing tonight Are True Examples of what’s Wrong in this Country…They come from the #shutupanddribble #DanceForUs #JustPlayBall Ass Culture!!! PURE DISGRACE AND CLASSLESS

Titus is often viewed as a calm and calculated figure, which just proves that this issue is something that can’t be ignored any longer. The NFL put this sign of solidarity out in a video with a caption reading: “A moment of silence dedicated to the ongoing fight for equality in our country. #ItTakesAllOfUs.”

This situation has been ongoing for months now, and that trend looks set to continue as millions around the world go in search of justice.