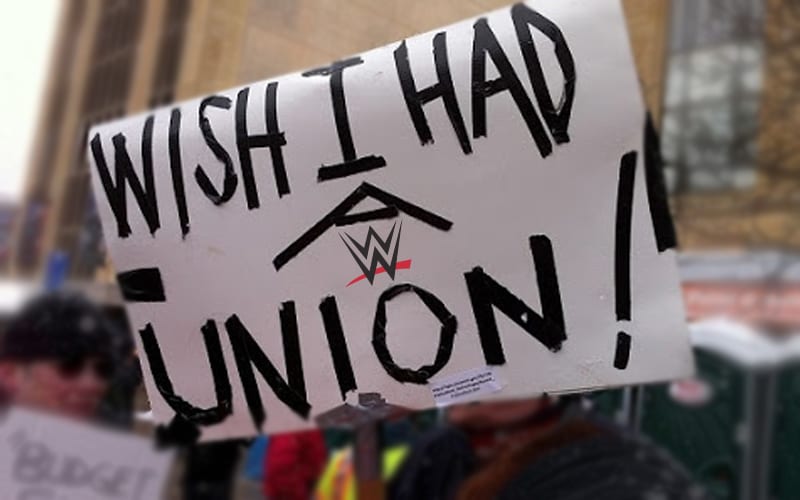 WWE considers their Superstars as independent contractors. They like that label because the company doesn’t have to supply things that employees normally receive. Their new third party ban could ruffle enough feathers to cause a change in that regard.

Andrew Yang fired big shots at WWE over CNN’s airwaves. He warned WWE that their practices are inhumane. He later double downed on this statement where Yang promised to do something about this if he becomes Secretary of Labor.

During 83 Weeks, Eric Bischoff brought up the new WWE third party ban. He had a very interesting take on things. He didn’t mention Andrew Yang, but Easy E did state that this action from WWE could finally be enough to encourage their Superstars to unionize.

“It can backfire. Any wrestling company out there has a distinct advantage when producing television in that there are no unions. To be able to classify talent as independent contractors is a big advantage in the industry across the board, not just for WWE. I saw people on social media commenting saying, ‘wrestlers need a union.’ Be careful what you wish for because that sh*t can come back to kill you. I would encourage talent to really think long and hard about whether or not they want to be unionized.”

“I think what WWE has done in putting the hammer down on these third party appearances is drawing attention to the independent contractor status of the roster. That’s the one real vulnerability in the industry, if someone makes a move to unionize or challenge the independent contractor status in a way that forces wrestling companies to classify talent as employees, that’s going to have a massive impact on the industry. Not necessarily a good one, so be careful what you wish for.”

WWE Superstars have not formed a union yet. The thought of it is often quickly followed by the idea that Vince McMahon could fire everyone with one sweeping power move. We’ll have to see what happens in October 2nd when WWE’s new third party ban is supposed to fall into place.

Some WWE Superstars were pretty unhappy about the idea of giving up their Twitch and Cameo money. Stay tuned.