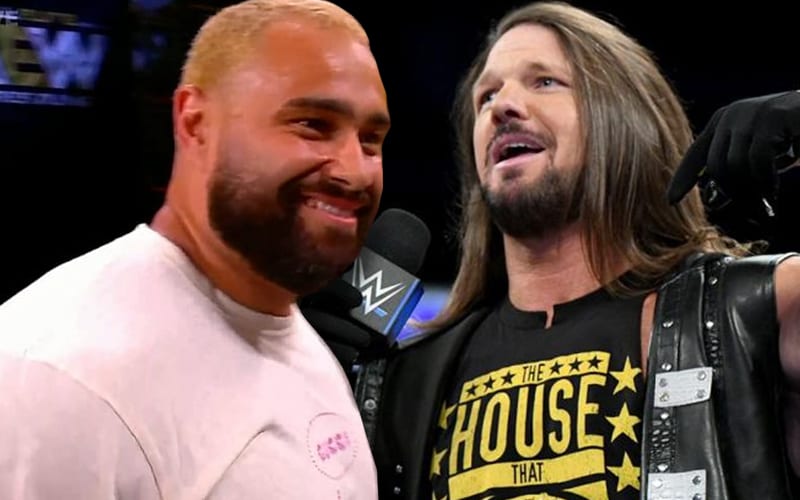 Miro debuted for AEW this week and plenty of fans were happy to see that happen. AJ Styles was watching at home, and he totally understood why the former Rusev ended up in AEW.

AJ Styles could have ended up in AEW. They had plans for him to debut during the debut episode of Dynamite if he decided to sign with them. He elected to take WWE’s money instead.

While on his Twitch stream, AJ Styles was asked about fellow Twitch stream Miro ending up in AEW. He said pro wrestling is a business. Wrestlers have jumped from one promotion to another since the beginning of the industry. Just because there are fewer companies to choose from now doesn’t make the practice any different.

“Listen, this is a business we’re all in. As a wrestler, you have to go where the business takes you. If you’re able to help them [your new organization] out, and they want to do business with you, then you have every reason to go for it.

“As a wrestler making a business decision, you’re looking out for your best interests, it doesn’t matter what promotion in the world. There is no good or bad thing here, it all depends on how you look at it.”

AJ Styles should know a thing or three about jumping promotions. He is the only current WWE Superstar to hold top singles titles in WWE, NJPW, and Impact Wrestling. Styles never captured the ROH World Title, but he did become the ROH Pure Champion.

We’ll have to see what’s next for Miro in AEW, but he certainly seems happy about his decision so far.