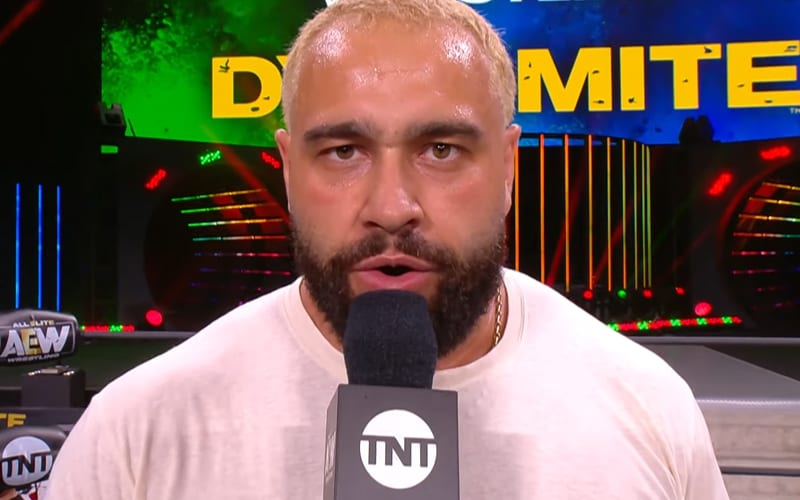 Miro showed up in AEW during Dynamite this week. He declared himself as The Best Man and took a shot at Vince McMahon’s brass ring. Now he is officially All Elite.

Miro made it very clear in a video after his debut that he meant every word of what he said. You can click here to check that out. He is very happy about this new opportunity, and he’s with AEW for a while.

According to Fightful, Miro has signed a contract with AEW. He was talking to them for “quite a while,” and right now the deal is considered to be “long term pending an option on the deal.”

Miro immediately aligned himself with Kip Sabian and Penelope Ford on AEW television. If you’re wondering how Aiden English felt about Miro’s big AEW debut he was rather quick to respond and you can find that here.