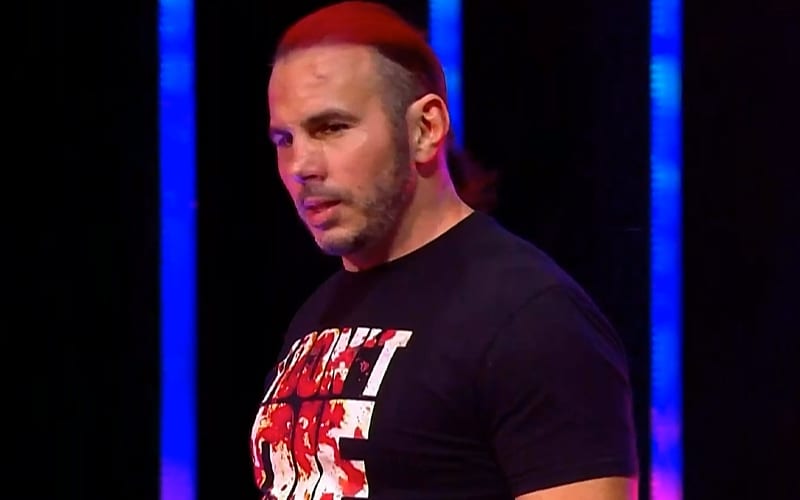 Matt Hardy took a very scary fall at AEW All Out. He came out on Dynamite to address the situation.

Hardy thanked fans for being in the building before addressing his scary fall at All Out. He realized that it “frightened a lot of people.” He said the love he’s received has been mind-blowing.

“After a myriad of tests I am expected to make a 100% full recovery,” Matt Hardy said. He didn’t claim to be the toughest man alive, but he might be the luckiest. Then they showed Reby Hardy in the crowd with their baby.

Matt Hardy apologized for putting his family and friends through what he did at All Out. He said that this experience showed him how much everyone cares about wrestlers. The Broken Rules Match didn’t turn out the way he wanted to, but it was probably best that his feud with Guevara end because they would have ended up going even further.

Hardy said his journey is not over, but he is going to go get healthy and come back to win the AEW World Title. He received a standing ovation from the crowd before he left. Following the segment, Tony Schiavone and Jim Ross both talked up Hardy and hinted that he will take a hiatus, but his return is guaranteed. They also talked up how he’s more than a tag team wrestler and could become AEW World Champion.