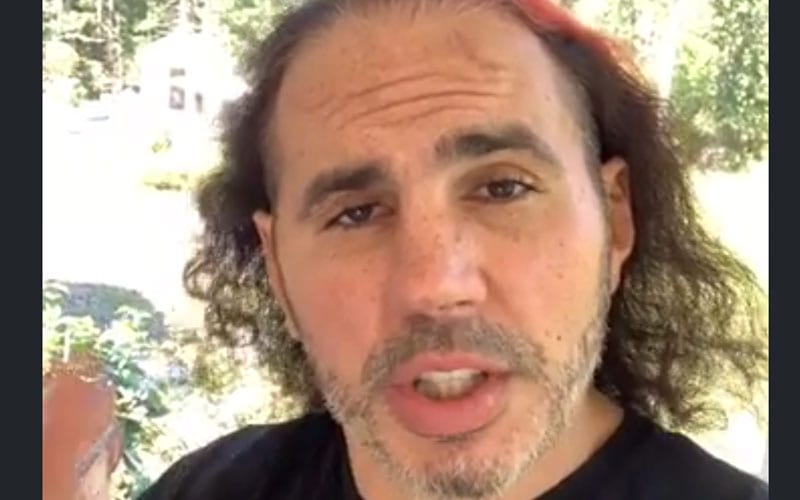 Matt Hardy took a bad fall at All Out. He was knocked out, and it was a scary moment. Reby Hardy was furious, but Matt was checked out and passed his MRI and CT scan. It was also determined that he did not suffer a concussion. Now he is at home, and seemingly doing much better.

Hardy dropped a Cameo video for a fan today because he’s an AEW star and he is allowed to have a Cameo account.

Matt Hardy said that he just got home from the hospital where he was after smashing his head on concrete. He said it’s great to be home because the hospital sucks.

“I hope you’re doing well. I just got home, I was in the hospital for a couple of days. I took a very bad bump and smashed myself on the concrete. I did a bunch of tests and evaluations and they just wouldn’t let me go, so I was stuck in the hospital and I know you’ve been there recently, and it sucks.”

Matt Hardy opened up a bit in this Cameo video. He charges $110 for one of his personalized videos in case you’re wondering. This time he provided a very good update about his condition.

Tony Khan stated that Hardy did not suffer a concussion. Someone drove him back home, but he will be on Dynamite this week to address the fans.