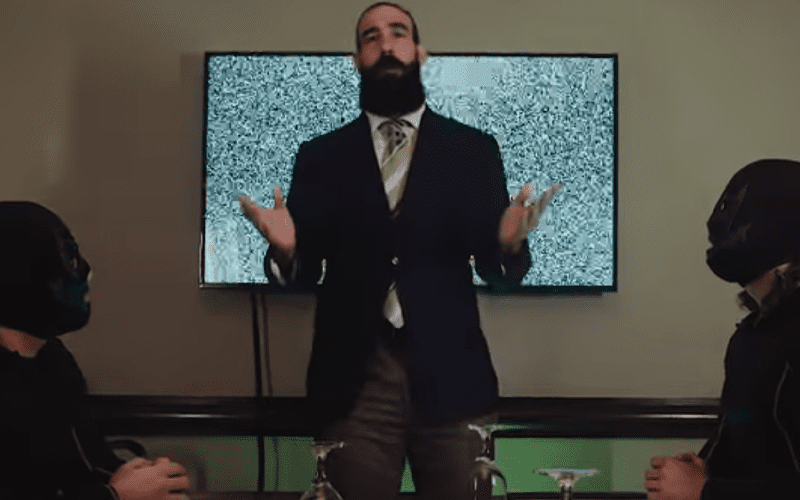 WWE released Brodie Lee from his contract. He was no longer known as Harper, and fans expected his Rochester debut for AEW to be epic. Then COVID-19 struck just as the Exalted One was set to make his debut. The first appearance fans expected for Lee still happened, but it was in a much less epic way. The promos that followed painted a new picture of Brodie Lee as the Dark Order’s leader. They also included a lot of Vince McMahon allusions.

AEW is not ashamed to take shots at WWE. They did it as recently as All Out when Kip Sabian threw up his Twitch channel address while AEW said they approved the message. Brodie Lee’s vignettes were no different.

While speaking to Wrestling Inc, Brodie Lee admitted to taking jabs at Vince McMahon during those early Exalted One promos. He said there were “Easter eggs” in there, but the entirety of the character was not intended to be Vinny Mac.

“Obviously, there was a couple of little Easter eggs and things that people could very easily pick up on, but as a whole, the character was never meant to be a Vince McMahon parody. But there was definitely a couple jabs his way in the early going. Once I realized that that was everything that people were going to talk about, I wanted to get away from that as quickly as possible because I wanted it to be more about me more about my identity and more about my journey to where we’re going. I didn’t want to be seen as that that bitter ex-employee. I don’t want that label on me whatsoever.”

Brodie Lee’s character has changed a bit since then. Since winning the TNT Title, Brodie Lee has a top spot on the roster and can use his influence as the Dark Order’s leader to a greater extent. The Vince McMahon jabs during his promos ceased as well.

We’ve included a video below which is a perfect example of those shots at McMahon. Brodie Lee throws a fit about how his name is spoken. Then someone yawns around him. You try yawning (or sneezing) around Vince McMahon and see what happens.