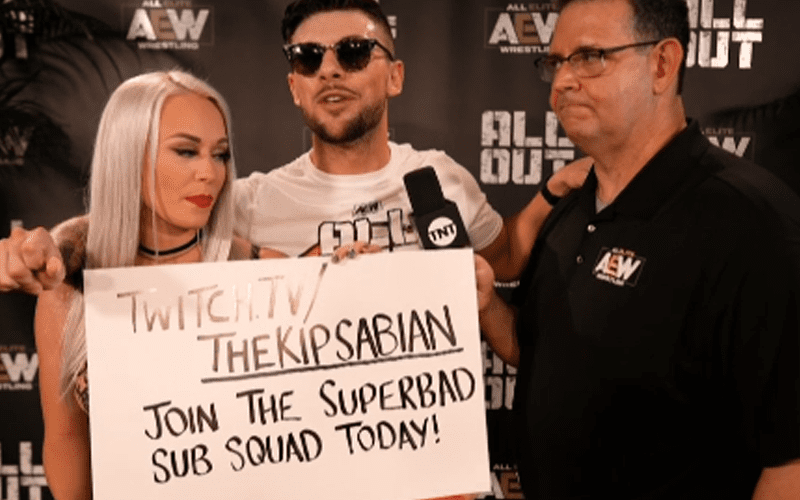 WWE told their Superstars that they aren’t allowed to work with third parties. That includes Twitch. Kip Sabian had something very important to say during All Out. Then he followed it up with a very special (and approved) message.

Kip Sabian and Penelope Ford are getting married. They will have a wedding on AEW Dynamite. First, Sabian must reveal his best man which he will do next week. That was Kip Sabian’s first annoucnement.

Before he left, Sabian pulled up a card that plugged his Twitch account. Then a caption was displayed on the screen saying “This message has been approved by All Elite Wrestling.”