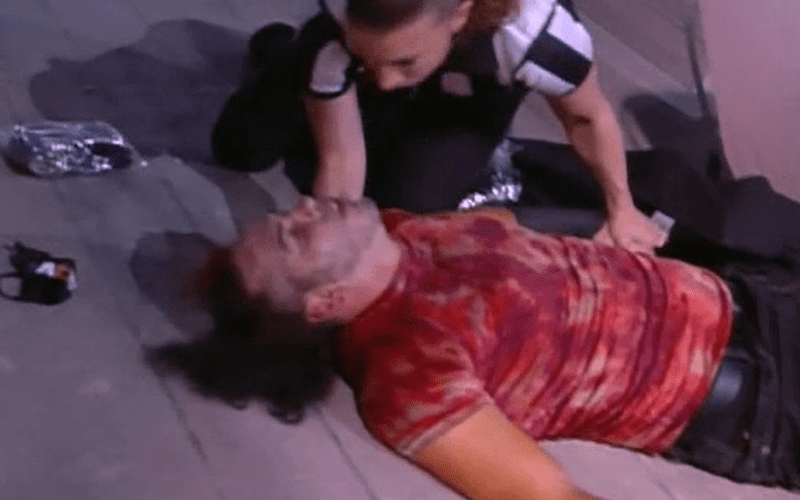 Matt Hardy took a terrible bump at All Out, and then the match was stopped. After a few minutes of checking Hardy out, the match was allowed to continue, but they went straight to the finish.

Following a trip to the hospital for Matt Hardy, Reby updated fans. She said that Matt “1000%” has a concussion. He’s still in the hospital as additional CT scans were needed.

They needed additional imaging done after his CT. He’s still in the hospital. 1000% concussion. Anyone with eyes could have told you that tho.

Reby Hardy has set her Twitter profile to private. We cannot embed her tweet, but you can see a screenshot below.

Thankfully, Matt Hardy was able to walk away from this situation. There were a lot of things that still went very wrong for Matt Hardy at All Out. This is a tough lesson for the young company to make, but things could have been much worse considering how bad his fall was.