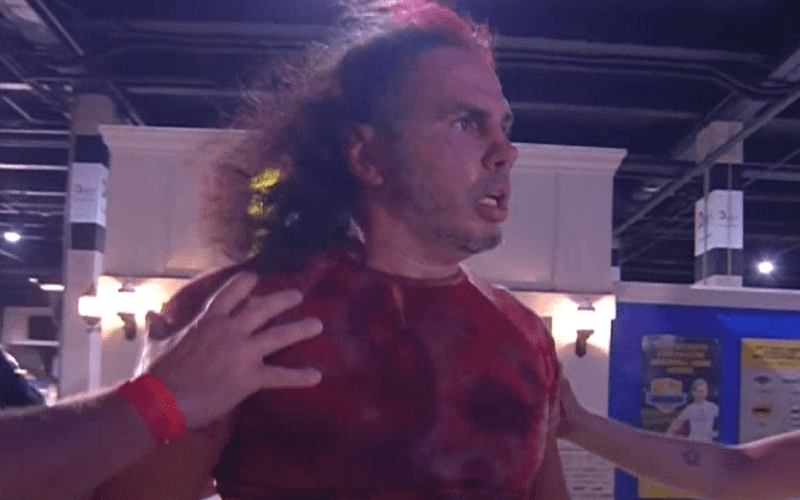 Matt Hardy and Sammy Guevara’s match at AEW All Out included a spot that did not go right at all. Guevara and Hardy took a fall and Matt’s head smacked off the pavement. He was knocked unconscious and the match was called off. The match was later allowed to continue. Now Hardy is off to the hospital.

Bryan Alvarez tweeted out saying that “Matt Hardy on his way to the hospital.” This came after several tweets wondering why Matt Hardy was allowed to continue in that match in the first place.

Hardy was knocked out when he hit the pavement. The match was called off, and there was an awkward moment on commentary before the match was allowed to re-start.

“The decision whether or not to continue is not in the hands of the competitor. Otherwise, why even bother having a doctor?” Alvarez questioned.

As we previously reported, Reby Hardy was furious about this. She revealed a text conversation between herself and Matt that was full of expletives. She also said “shame on” everyone who was in Daily’s Place for All Out.