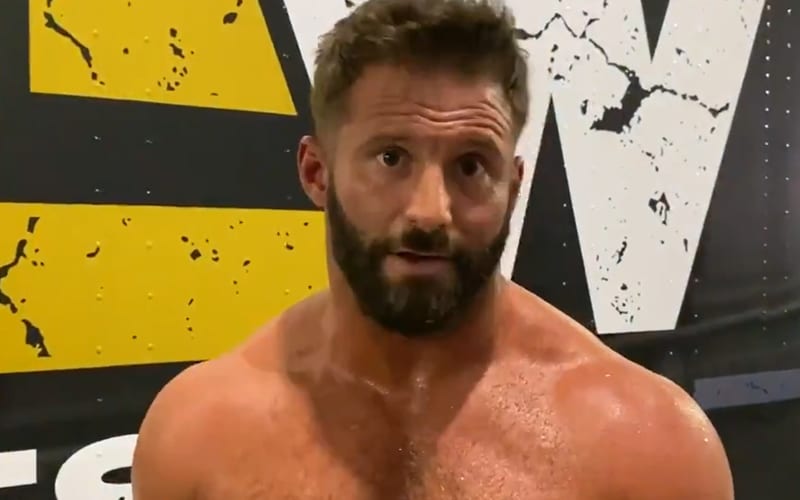 Matt Cardona was released from WWE on April 15th. He didn’t get a lot of time to experience how WWE operated during the pandemic, but he is glad they carried on. Now he is with AEW and making a lot more noise.

While he spoke to Wrestling Inc, Cardona praised AEW for being “ahead of the curve” and showing WWE how to do pandemic programming. Fans make a big difference to a pro wrestling show which is something Cardona realizes. AEW was able to use their resources and do it the right way.

“It’s great that WWE [pressed on], and AEW said, ‘OK, we’re going to press on too, but we’re going to show you how to do it.’ So if you watch, WWE goes ”oh, hard cam’s here [and] they have people in the crowd,’ so AEW was ahead of the curve,” Cardona pointed out. “They knew how to do it, and they did it so well.

“So even like when I was wrestling, I didn’t realize that I wasn’t in this jam-packed arena because the way they have it set up and the fans around the ring, the wrestlers around the ring and everyone’s so vocal, and everyone wants the show to be great. From people in the back to people the ring want the show to be great. It’s such a great environment.”

Matt Cardona was part of a winning team at All Out, and he likely wants those winning ways to continue. He’s already seeing more success in AEW as they look at the former Broski as someone who is alwayz ready and not just to sit at catering.