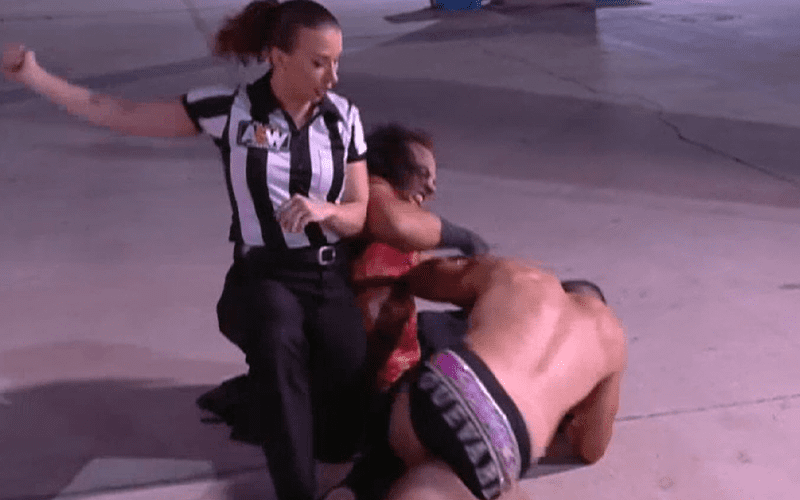 Matt Hardy took a bad bump at All Out. He was taken to the hospital and suffered a “1000% concussion.” How is he doing now?

The match against Sammy Guevara was stopped, and a lot of people think it shouldn’t have been allowed to restart. Matt Hardy’s wife Reby is one of those people. She made that point very clear as she berated AEW for allowing the match to continue.

Hardy was taken to the hospital following his match at All Out. He apparently stayed there according to Reby Hardy as more CT scans were needed.

On Sunday afternoon, Bryan Alvarez updated fans. He said: “was told Matt Hardy was doing a lot better today.” That is a good sign, but it doesn’t mean AEW is going to be willing to let him wrestle right away.

This was a scary situation that could have been a lot worse. Thankfully, Hardy was okay and he seems to be recovering well.