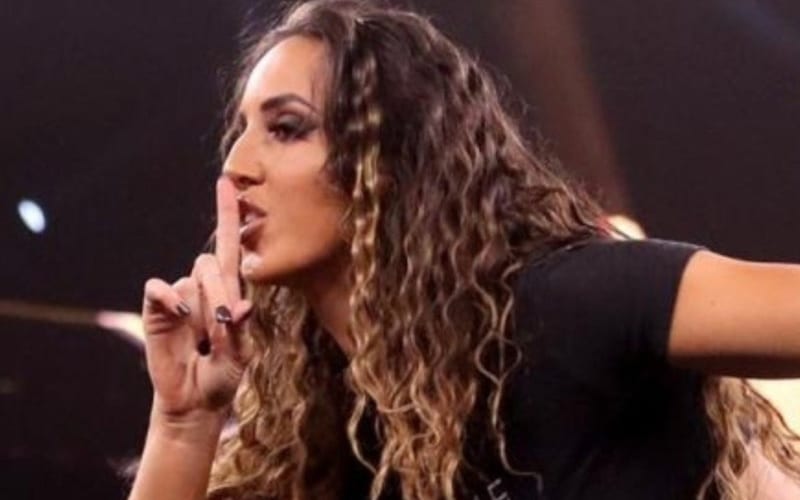 Chelsea Green’s name has come up a few times in recent weeks. Fans keep thinking that she is set to make her WWE debut. It makes sense because the company called her up from NXT in December.

Green was sent back to NXT for a short stint with the Robert Stone Brand. Then she dumped Stone and vanished once again. Fans think that she’s around, but under a Retribution mask.

A new SmackDown vignette promoted a mysterious woman as well. Some fans thought it was Green. She had a bit of fun with all the speculation recently as she tweeted out:

I wear a black hoodie.

Chelsea Green is going to make a WWE main roster debut, but that kind of thing is best not to rush. We’ve seen far too many Superstars get a debut before the company had anything for them, and they suffered for it.

Green was reportedly under a Retribution mask. Let’s see if she stays in that role. Anything can happen in WWE, especially when a 75-year-old man is calling the shots by ear.