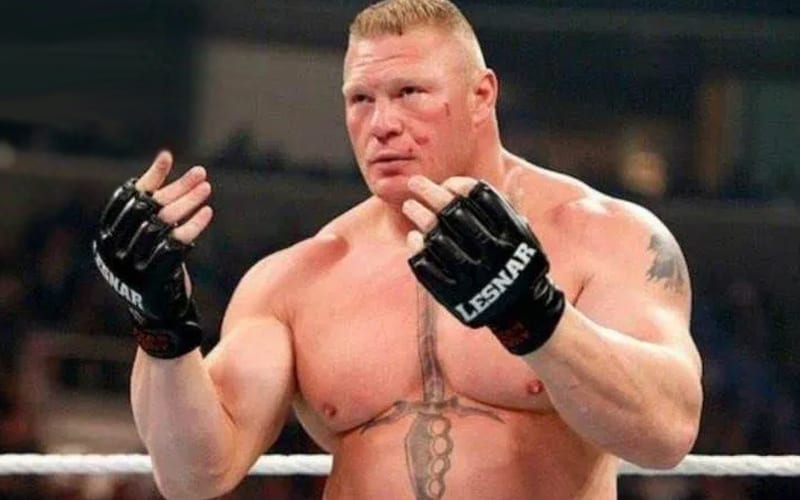 Brock Lesnar is a free agent now. His WWE contract expired after his match at WrestleMania, and they haven’t signed a new deal for various reasons. Now the Beast Incarnate is free to field other offers.

There are certainly some options out there for Lesnar. Tony Khan declined to speak about any current talks between Lesnar and AEW. That could be an interesting situation, but the former Universal Champion could always be waiting for Vince McMahon offer another huge payday.

While speaking to Sports Illustrated, Chris Jericho addressed the possibility of Brock Lesnar coming to AEW. He’s not sure if Lesnar would be a good fit considering AEW’s unique culture and attitude.

“I don’t know if Brock fits the whole AEW idea or attitude. That’s a Tony Khan decision and a Brock decision. Do I think Brock does this every few years just to up his price with Vince? Of course he does. He’s a genius when it comes to that. But hey, if he showed up in AEW, I’d be happy to go up against him and do the match we were supposed to do in April of 2018 in WWE that Vince changed. We’ve never had a match on TV or pay-per-view, ever. If it came about, I’d be happy to go up and smack him in his fat face.”

You never know what can happen in pro wrestling, a business built around surprises. Brock Lesnar would shock the world if he appeared on AEW Dynamite, but Chris Jericho doesn’t seem to be too worried about the risks of that happening right now.