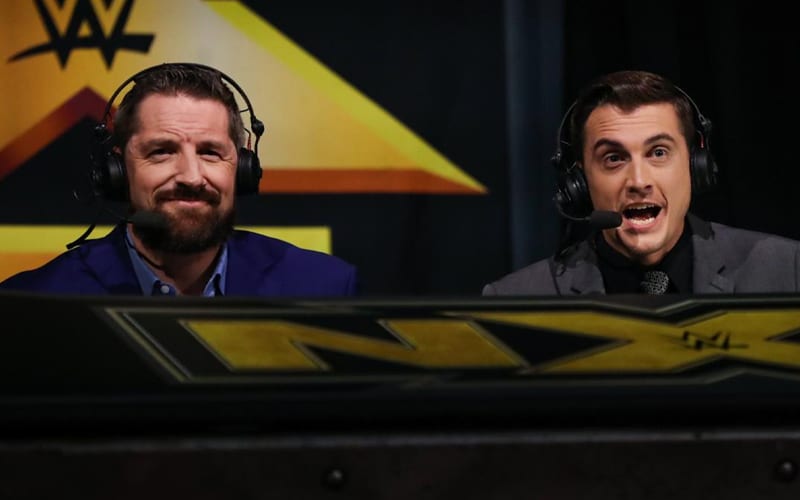 Wade Barrett has sat in on commentary for the past two weeks of NXT programming. He will be back for a third week.

Mauro Ranallo is no longer with WWE. He left the company and now it appears that Wade Barrett is filling in, and WWE might want to make it long-term. The two sides are reportedly talking about a new deal.

Barrett tweeted out to confirm that he will be back next week. Adam Cole and Finn Balor will battle for the vacant NXT Title. He can’t miss that match.

There’s no way I’m missing this one. This is fast becoming a habit.. see you next week for another #NXTSuperTuesday! #WWENXT

Wade Barrett will join Vic Joseph and Beth Phoenix once again next week on NXT. The show will be on Tuesday yet again as well. That could become the company’s permanent time slot if recent reports are any indication of things.