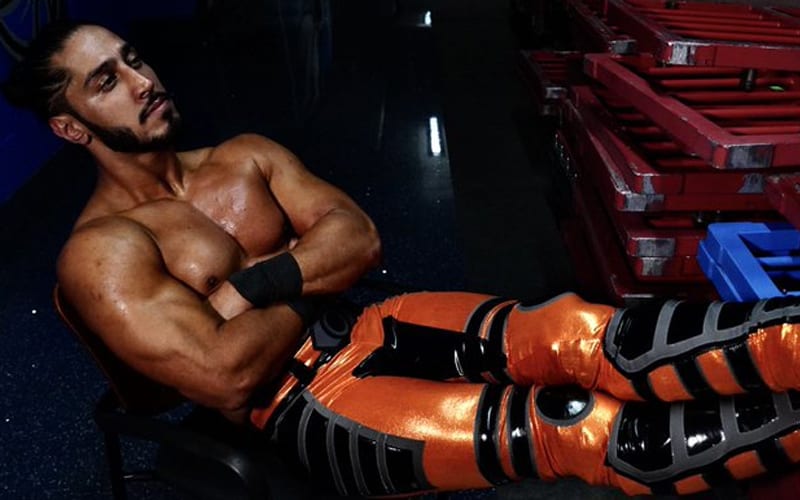 Mustafa Ali wasn’t on RAW yet again this week. They had a night full of action that told a story of the IIconics breaking up, and the WWE Title chase. There was apparently no room for the former heart of 205 Live.

Mustafa Ali tweeted out a photo of himself. He was lounging backstage at the ThunderDome. This seemed to be better than hanging out at catering. He also included a caption that expressed that he’ll be on Main Event yet again.

I can do it all, even when I’m doing nothing at all. Catch me on this week’s episode of #WWEMainEvent

Mustafa Ali might become the heart of Main Event soon enough, but he obviously wants more for himself. His fans want more for him as well.

He is still in the peak of his career and in the best shape of his life. Whenever WWE decides to give Mustafa Ali another opportunity he will seize it. Until that day comes it looks like fans can catch him on Main Event.