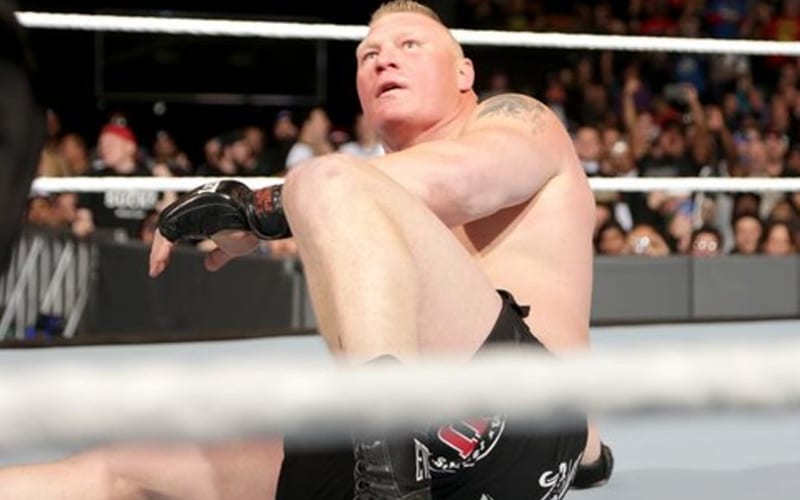 Brock Lesnar let his WWE contract expire once again. This time his expiration went on a little bit longer and his merchandise was pulled. Now everyone knows that the Beast Incarnate is a free agent.

Lesnar will likely be back to WWE eventually. A big money offer and scenario needs to present itself first. As we look back at Lesnar’s almost twenty-year career in pro wrestling it’s clear that he left a lot of bodies in his wake.

Jon Snowden noted on Twitter that Lesnar has only lost a handful of one-on-one matches throughout his entire career. Some of them took place early on when he was training, and two of them were against the future WWE Performance Center Head Trainer Matt Bloom while he was using different names.

The first one of those losses was against Leviathon who went on to become Batista. Brock Lesnar doesn’t lose very often, and that’s why beating him is such a big deal.

According to Cage Match, Brock Lesnar has wrestled a combined number of 419 matches in his career. 305 of those matches (72.8%) are wins, but 106 matches (25.3%) are losses. A vast majority of those losses were in tag team matches while he was a full-time Superstar during his first run with the company, and house shows are included in that number.

We’ll have to see when Brock Lesnar makes his return to the ring, but he’s obviously not afraid to lose as long as it means something.