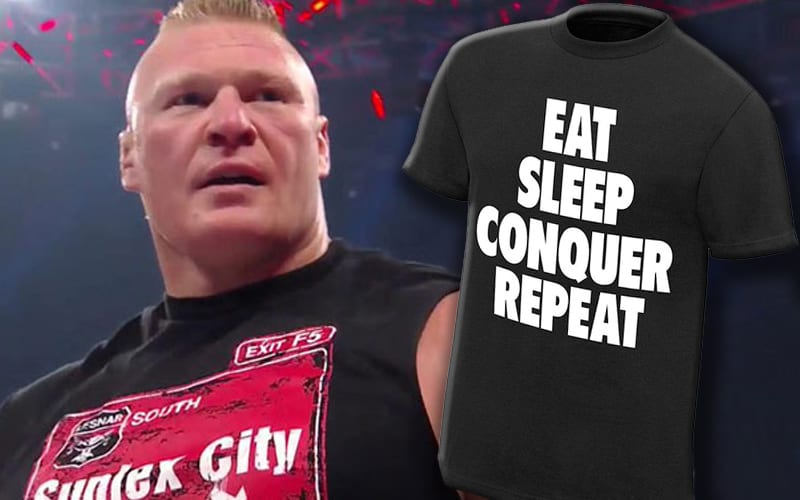 Brock Lesnar and WWE have been through intense contract talks in the past. Those negotiations usually take place without fans realizing they are even happening. This time around the WWE Shop gave it away.

Lesnar’s merchandise was pulled from the WWE shop which gave everyone a huge hint that something was going on. It turned out that he hadn’t been under WWE contract since WrestleMania.

During Wrestling Observer Radio, Dave Meltzer explained the situation behind Brock Lesnar’s merchandise. WWE could have kept selling what they had in stock, but they took it down because after a certain time frame they aren’t allowed to promote it.

“What happened this week which caused all this is his merchandise got pulled from the website. His contract allows a time frame I don’t know if’s four months or whatever, but his contract allow a time frame window, I mean you can still sell through the inventory that had, but they couldn’t advertise selling it after a certain day, and I think the day is just a couple of days ago so it was pulled. So, that’s the story about why the merchandise was pulled which caused everyone to look and be like, ‘why is the merchandise pulled?'”

WWE runs automatic ads that show merchandise from their store if you’ve recently viewed it. There are a lot of ways that Lesnar’s team could say that WWE is promoting his merchandise and selling it, so they took it down.

At least WWE has a line of Brock Lesnar merchandise in their warehouse if/when he decides to ink a new deal.