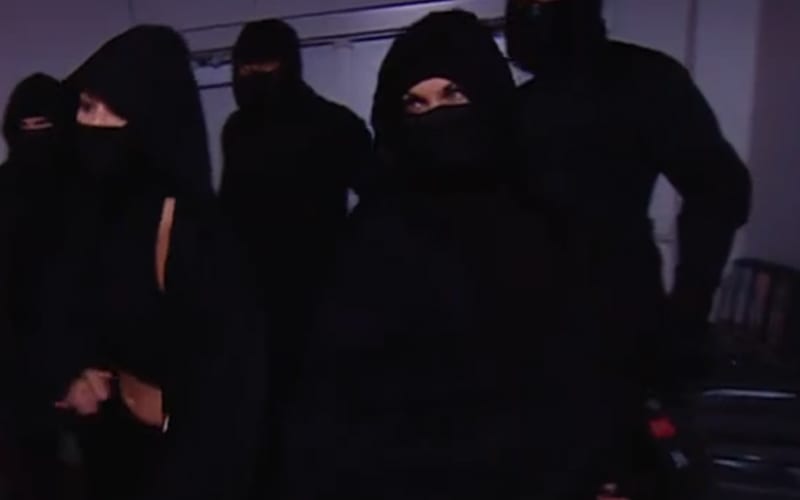 WWE’s Retribution stable is now exclusive to the RAW brand. Their members might not be decided upon though.

Ringside News exclusively reported that Retribution is being booked on a week-to-week basis. They are playing off of an idea that Vince McMahon came up with on a whim. Things are always subject and likely to change in WWE.

It was previously reported that the members of Retribution on RAW last week were Mia Yim, Kayden Carter, Chelsea Green, Dominik Dijakovic, Shane Thorne, and Dio Maddin. That is widely believed to be the case, but they seemed to have a new member this week.

Fans were able to identify Dominik Dijakovic, Mia Yim, and Dio Maddin. There is also a very strong opinion that Mercedes Martinez was a part of the group this week. This is the first time that Mercedes has been spotted with the group, but it’s not a huge surprise.

A move for Mercedes Martinez to the WWE main roster would take a valuable client away from the Robert Stone Brand in NXT. It wouldn’t be anything new for Stone to lose a client though.

We’ll have to see what WWE does with Retribution. It’s very possible that they could keep circulating members in and out of the faction for a long time just to keep fans guessing.