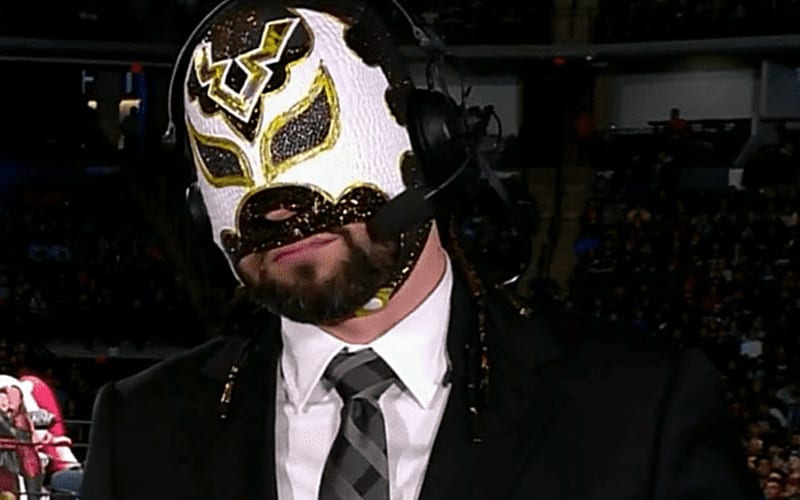 Excalibur has been missing from AEW programming since old PWG footage resurfaced showing him using the N-Word. He spent a few weeks off television, but the masked commentator is set to make a return.

AEW was being very silent about Excalibur’s status. It wasn’t known what his status was as Excalibur missed a reported August 27th return.

F4W Online now reports that Excalibur is set to make a return to Dynamite this week for Wednesday’s show. He hasn’t been on AEW television since July 29th.

Since Excalibur’s hiatus started he was replaced on commentary by Taz and Chris Jericho on different weeks. Now Excalibur is set to make his return during the go-home episode before All Out.

Ringside News will have complete coverage of AEW All Out this Saturday, September 5th.