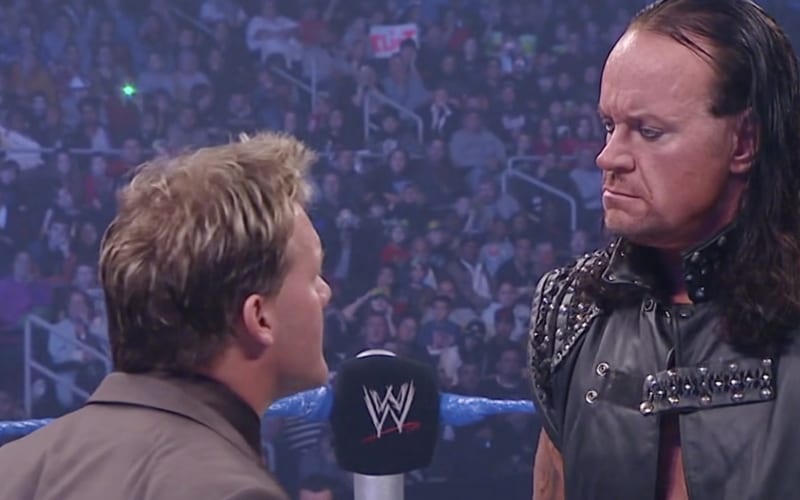 Chris Jericho is never shy about speaking his mind. That could have gotten him in trouble a time or two in the past.

Jericho has experienced a lot of different things in the pro wrestling business. He even got away with calling The Undertaker boring on national television. That didn’t happen again.

During Talk Is Jericho, Le Champion told an old story about interrupting an Undertaker promo. He called Taker’s story “boring.” Later on, he received some sagely advice from two of the top names to ever lace up their boots.

“Then I buried The Undertaker huge the next night, but that was kind of what my role was. I was the ‘Millennium Man’, and I was there to save the WWE. I remember the time with Undertaker. I said something along the lines of ‘I just interrupted your super boring promo,’ and he just happened to be doing a super boring promo. So I came out and said it. Instead of getting the heat, I got a super reaction because he was telling this really boring story about him and Big Show in the desert, and Show got bit by a scorpion, so he carried Undertaker on his motorcycle out of the desert.”

“Like what are you talking about? I remember like Shawn Michaels was around and Austin too, and they said, ‘for future reference you might not want to call the biggest name in the company boring next time.’ I go hahaha. Meanwhile, not realize that they were giving me a little bit of a heads up, like hey you piece of sh*t, watch what you’re saying.”

Chris Jericho entered WWE with a lot of momentum and a countdown clock as well. His promos during that time also made him a favorite in the WWE Universe even for fans who previously didn’t know who he was. It might have been a good idea to insult The Undertaker so much in the process.