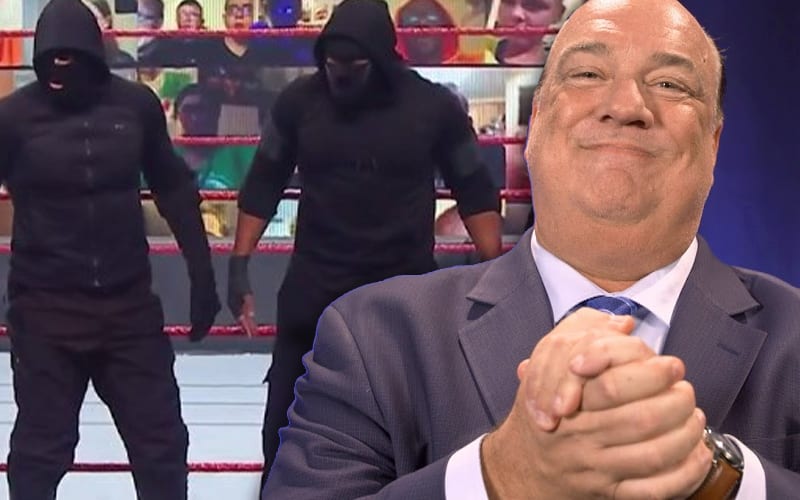 WWE’s Retribution stable has a lot of fans throwing around many theories. We must put one of them to rest.

As Executive Director of Raw, Paul Heyman pulled for many younger Superstars. Some of those Superstars found themselves under Retribution masks. This caused a lot of fans to wonder if Paul Heyman could be the mastermind behind those attacks.

Ringside News has asked about the possibility of Paul Heyman being responsible for Retribution. While all of Heyman’s plans are kept incredibly secretive and close to the vest, it is very unlikely that Paul Heyman wants another Dangerous Alliance.

A tenured writer with very close knowledge of the situation told us, “I don’t think Heyman will work with anyone but Roman” because it “keeps the act special.”

It was further told to us “that’s why after the Punk feud involved Ryback and Curtis Axel, Heyman only worked with Brock.”

The plans for another big Paul Heyman-led stable aren’t impossible, but it’s very unlikely given Paul Heyman’s desire to keep his clients special. Brand lines could eventually separate them, too. Anything can happen in WWE, but don’t get your hopes up.

Vince McMahon invented Retribution on a whim as we exclusively reported. Paul Heyman and Roman Reigns’ alliance has been in the plans for a while. Stay tuned.