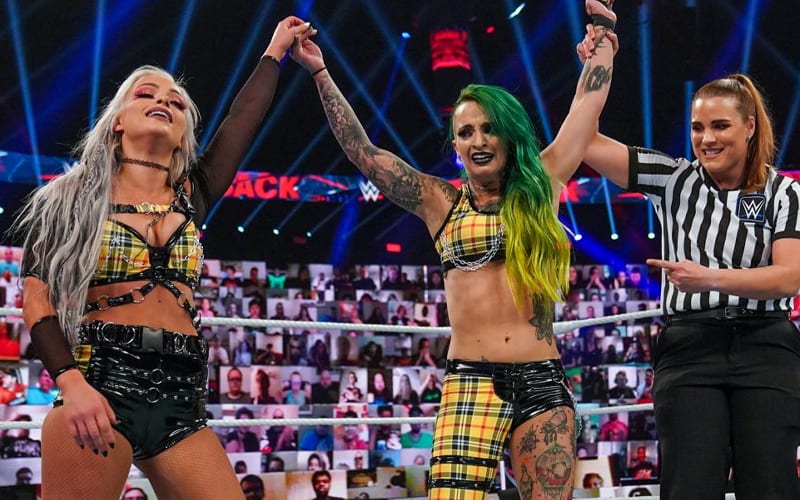 WWE’s Payback pay-per-view featured a tag team match in the kickoff show that was announced late in the week. The Riott Squad might not have had much time to prepare for their match against The IIconics, but they were able to pull through.

Liv Morgan and Ruby Riott defeated Billie Kay and Peyton Royce during the Payback kickoff show. This was a big match for Morgan and Riott as it meant the Riott Squad was officially back together. They had a moment after the match where they were able to further bond on camera.

Peyton Royce tweeted out an image showing one of The IIconics’ double team moves on Ruby Riott. She captioned the photo saying “multitasker” because there is a lot going on in that photo.

Liv Morgan replied saying: “U still lost tho,” with a tongue emoji as well. It seems that Morgan is not shy about rubbing in the Riott Squad’s win a little bit after Payback.

The IIconics and Riott Squad were feuding for a while. The storyline was in limbo for a few weeks as Liv Morgan was off television for an undisclosed reason. Bianca Belair was placed alongside Ruby Riott to continue that angle while Morgan was absent.

Peyton Royce came up with a graceful reply as she simply inserted an emoji of a middle finger.