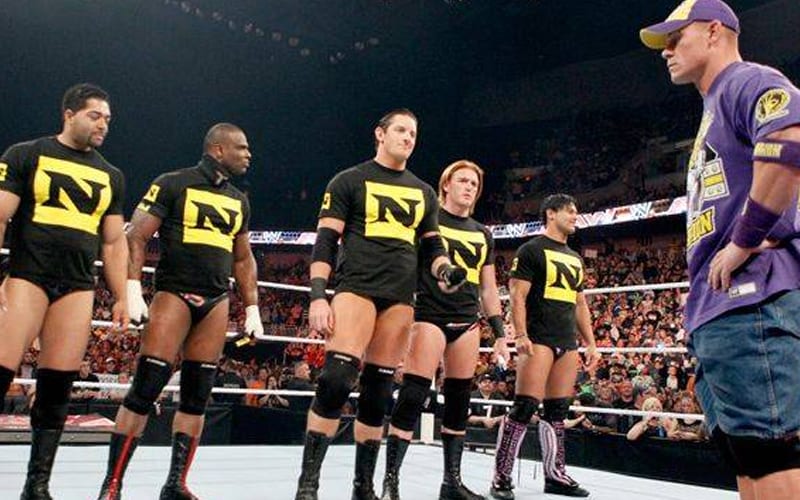 John Cena did a lot of things in WWE, but he didn’t lose to Nexus. That SummerSlam 2010 encounter ended with Cena winning big in Team Cena vs Nexus, and the group of young Superstars lost a ton of valuable heat in the process.

Heath Slater remembers those days well. He was able to survive Nexus and spend a decade and a half under WWE’s umbrella. Now he can look back and speak candidly about what went on.

While speaking to Pro Wrestling Junkies, Heath admitted that he doesn’t know 100% that John Cena is to blame for Nexus not working out, but he’s 95% sure of it.

“I’ll tell you this much, I’ve had so many people ask me that over the years. Honestly, I’m not sure if it’s 100% fact, but I could comfortably say it’s a 95% fact. The whole time we were there, we were going over. We were playing to win. Edge and Jericho basically came up with that whole match. They planned it all out and had where it was, how it should be, where I think the last one left was Wade. And then the next thing you know, 4 hours later, it was just not happening that way.”

“Looking back at it now, if we would have took over SummerSlam and ran it to ‘Mania, and had some super group come and let them destroy us – they should have put it in jeopardy and really made people believe that we were a threat, and want to see some group come in and beat us. They just cut it off when we were almost to the peak of the mountain.”

John Cena departed from WWE to a great extent, but he will always be associated with the company that made him. He is WWE’s last mega star to date, and there are doubts that another one of his magnitude will come around.

Perhaps if John Cena would have put Nexus over it would have gone toward building toward the future. Nothing can be done about it now, even if it is widely regarded to be a mistake a decade later.