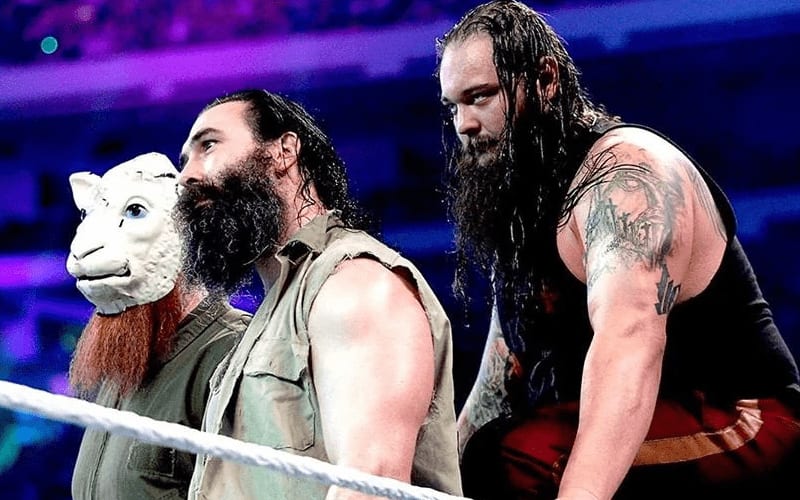 The Wyatt Family were formed in NXT prior to making their way to the WWE main roster. Husky Harris was transformed into a cult leader from the swamp as Harper and Rowan flanked him on either side. It was a winning combination, to say the least.

Now Bray Wyatt is the only original member of the Wyatt Family still with WWE. Rowan was released on April 15th, and Harper was granted his release prior to that.

While he spoke to Chris Van Vliet, Rowan revealed how WWE placed those three men together, or more like they were “thrown together.” He said that Wyatt and Harper were always together in a way, but his insertion created a trifecta worth paying attention to.

“So, when it kind of got all thrown together, Bray and Luke were always kind of in it together. They had filmed vignettes. I was still doing the Viking thing. I was told that wasn’t going to work during that time, and then it wasn’t until the week of NXT tapings where I was told, ‘Well, okay, you’re going to be the second son’. We had done some promos back with them. I didn’t know what I was wearing. I was wearing pajamas and rocked around a pig mask, and we just tried different things.”

WWE is known to make plans work after they were thrown together. Vince McMahon created Retribution on a whim as we previously reported. That faction has remained a very fascinating aspect of WWE television for weeks.

We’ll have to see what’s next for them, but if Retribution ends up leaving anywhere close the mark that the Wyatt Family did then it will stand as another successful impromptu plan from WWE.