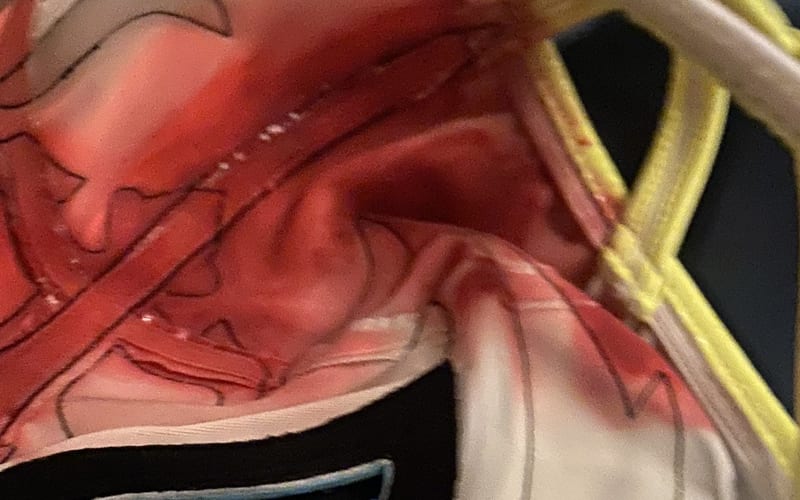 Retribution attacked Rey Mysterio and Dominik Mysterio this week on WWE RAW. They were very rough with them in the process and Mr. 6-1-9 ended the night with a bloody wound on his head.

Rey Mysterio only needed to tweet out “Retribution” along with a photo of himself to let fans know what happened. He had a wound on the top of his head that looked really nasty. Hopefully, it will heal up fast before he’s needed in the ring again.

Fans didn’t notice the blood on RAW because of Mysterio’s mask. He was in a lot of pain during that attack. Thankfully, it’s not as bad as it could have been.

Rey Mysterio also showed the inside of his mask and the bloody mess it left behind. Things are obviously not finished between Retribution and the Mysterios.