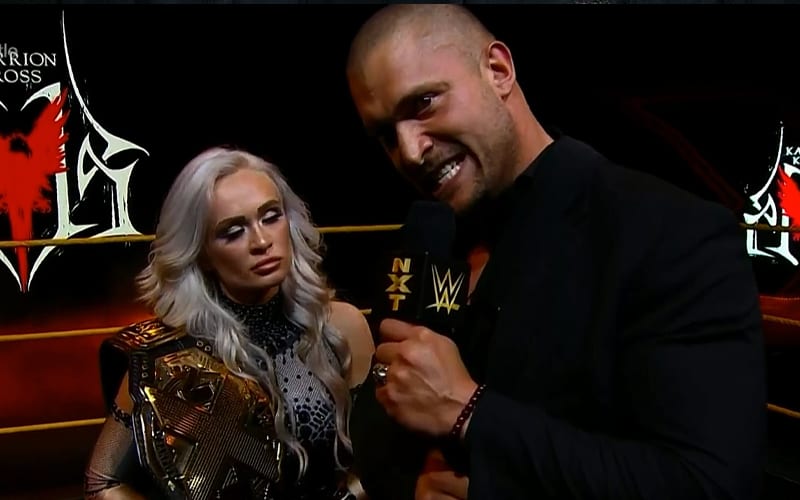 Karrion Kross kicked off WWE NXT this week by relinquishing the NXT Title. This was not a moment he planned, but he also stated that his path is full of obstacles.

Kross has a separated shoulder. He previously stated that he didn’t think it will cost him much time in the ring, but he also had to give up his title. Later on in the NXT show, William Regal wished Kross the best in his “long recovery.”

During Wrestling Observer Radio, Dave Meltzer noted that Kross’ separated shoulder must be more severe than first thought. He will very likely need surgery which could keep him out of the ring for a long time.

“He had his MRI on Monday, so it sounds like he’s going to need surgery. It sounds like he’s going to be out for a while. If it was something that didn’t need surgery they would’t strip him of the title because they love him as champion, he’s their chosen one. If it was like two months they could work around it. They didn’t provide any time frame, but it doesn’t sound good.”

NXT obviously loves Karrion Kross. They debuted him with an amazing presentation and shot him to the top of the roster. His injury was unexpected, and it will certainly keep him from progressing as planned. He will be back and promised that doomsday is still coming because everybody pays the toll.