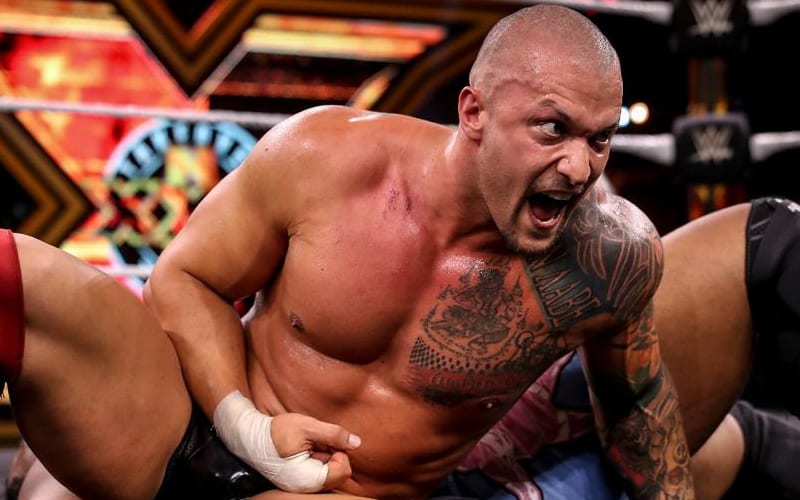 While speaking to ESPN, Kross said that he will get his shoulder checked out, but “it’s definitely separated.” There was no way hiding that fact.

“I will get the professional, educated opinion on what the severity of it is. But it’s definitely separated. I won’t beat around the bush about that. As the saying goes, it’s not ballet.”

Kross did have a hopeful prognosis when asked if this injury will keep him out of the ring for any extended period of time. He said “no,” but that was from his point of view. He knows his body pretty well since he spends so much time training and toning his intimidating physique.

“From my point of view, no. [Due to] how I feel and what I’ve heard, I don’t know. I’m very intuitive with my body. And the range of emotion that I have right now, while it’s not what I would like it to be, for me personally it would indicate to me that I’m going to get be able to get through this without any sort of extreme measures, so to speak. In my opinion, today.”

Karrion Kross certainly wasn’t expecting an injury during his NXT Title win. That is the hand he was dealt and now he can only carry on. He also seems motivated to keep going forward as he looks at his next challenge in WWE.