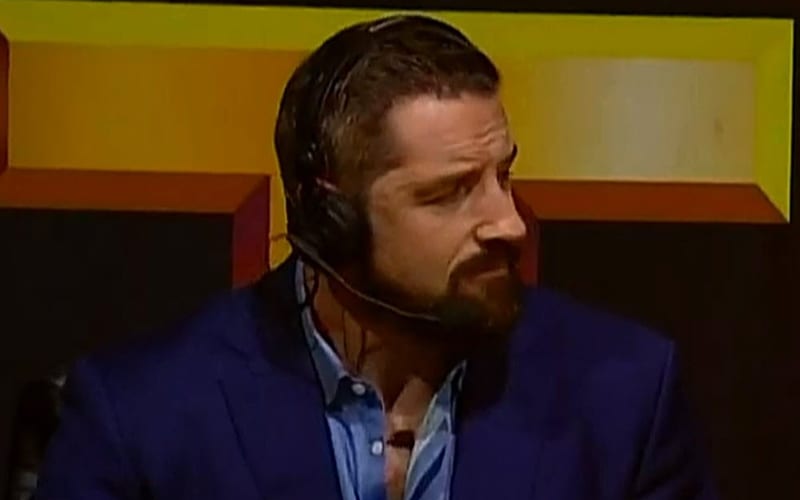 Wade Barrett made his return to WWE television this week, but he wasn’t wrestling. He called the action on WWE NXT instead, and fans all over the Internet Wrestling Community have praised his performance.

This was an eventful episode of NXT. Karrion Kross relinquished the NXT Title, and then William Regal came out during the second hour and booked a big match for next week. Finn Balor, Adam Cole, Tommaso Ciampa, and Johnny Gargano will battle in a 4-way Iron Man match.

After William Regal’s big announcement, Wade Barrett said that is such a big match that he will need to come back next week for it. This was a very quick mention, but it was said on the show.

Barrett hasn’t signed any contract that has been reported. He showed up this week, and it was supposed to be a one-off appearance. Obviously, his stay has been extended. It wasn’t confirmed how long he’ll be around, but he said he’ll have to be there next week.