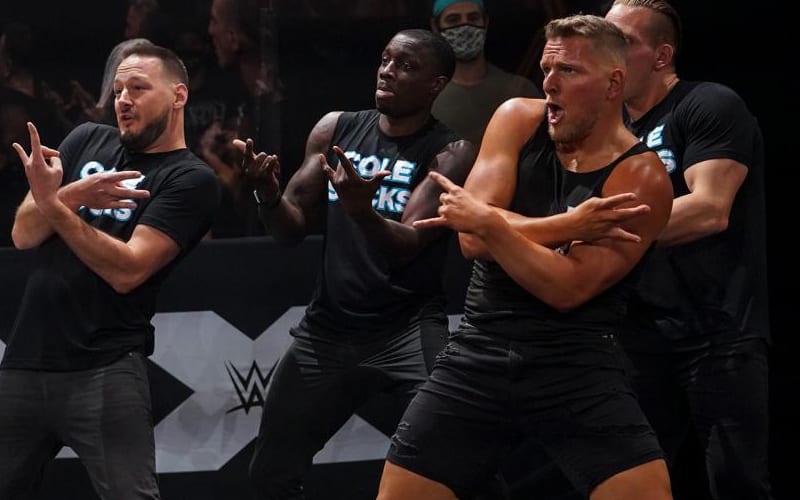 While speaking to ESPN, Pat McAfee confirmed that his time in the ring with WWE is done. When it comes to if he’ll be back in NXT, he’s not sure. He did appreciate the kind words that Triple H had for him following TakeOver.

“So for when it came to the match on Saturday, I was only focused on that match. I was only focused on, “OK, how do I go in here, put on a hell of a show, hell of a fight and get a win? And then, we’ll worry about everything after that on Sunday.” We’ll cross that bridge whenever we get to it. And I’ve heard the conversation start all around me and there was a lot… even my mom was asking, “Well, are you going to do this again?” I’m like, “Well, let’s worry about that on Sunday.”

“And then I got to Sunday, obviously, and I woke up. Neck was sore, back was sore, foot was sore. I got flipped on my head. To be completely honest, I’m not 100% sure what’s going to happen. I’m not under contract to do anything else with Mr. H. I assume he and I will talk about this at some point because I heard his comments in the press conference afterwards, which were very nice.”

Pat McAfee lost his match at TakeOver, but he proved that he could perform at a level well above a lot of expectations. Adam Cole and Pat McAfee also went out there and had their match without any rehearsal time.

Do you want to see Pat McAfee return to NXT for another match? Sound off in the comments below!