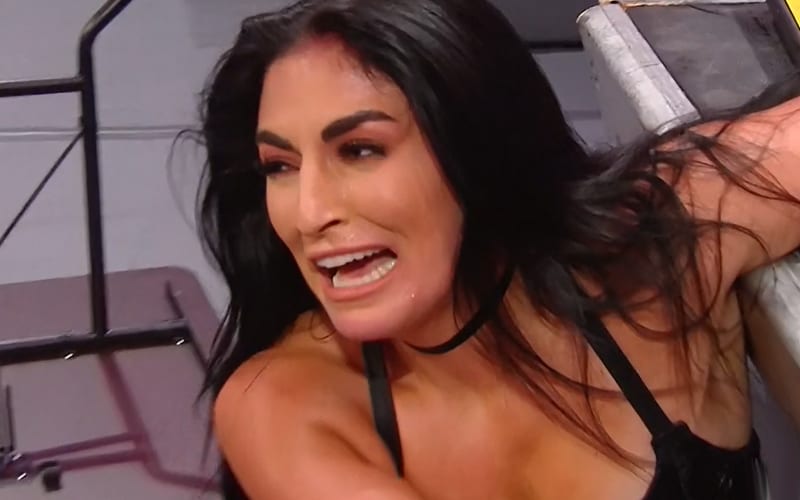 Sonya Deville lost a big match at SummerSlam. Her former best friend Mandy Rose defeated her which meant Deville was out of WWE.

Mandy Rose and Sonya Deville were previously set to face off in a hair match. Ringside News reported in July that match was on the table. Then it was changed.

There are some reasons why WWE would have switched that match around, but they made it a No DQ loser leaves WWE match. Deville ended up losing via pinfall which means she is out of WWE.

It’s doubtful that Sonya Deville is actually leaving WWE for good. She does have a trial coming up for her stalker, and that was a traumatic situation. We’ll have to see if and when we see her again.