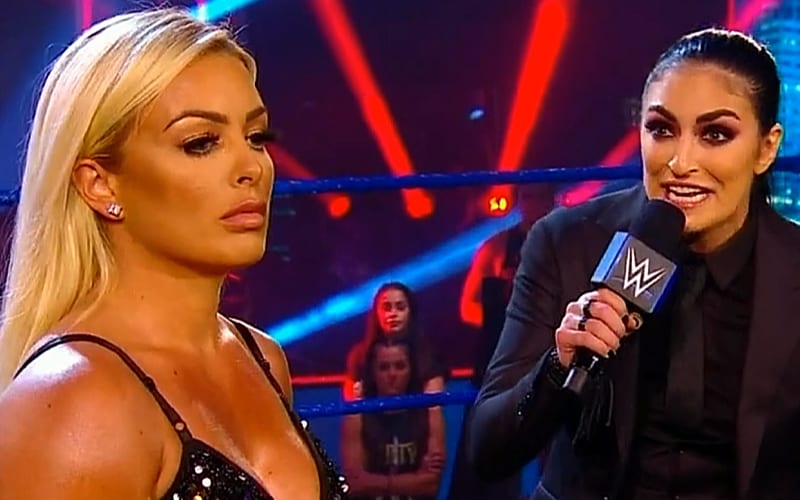 Mandy Rose and Sonya Deville were set to face each other at SummerSlam. Their encounter was supposed to be a hair match, but then those plans changed.

Ringside News exclusively reported on July 17th that a hair match was on the table. It was later booked, but circumstances seemed to have changed that booking.

Rose and Deville made headlines when Mandy was in Sonya’s house when a kidnapper actually tried to abduct Sonya. He was after Rose to decapitate her. This was a real and very scary situation. During the next episode of SmackDown the stipulation for their match was changed.

It was noted on Wrestling Observer Radio that there are tons of other gimmick matches they could have gone with if they didn’t want to shave Mandy or Sonya’s head. They went with a match that will remove one of them from the company.

It was stated that it’s unlikely Deville said “forget WWE” and decided to get out of the business after her home invasion scare. It is incredibly likely that neither of them are actually leaving and they will turn this into an angle.

This has not been confirmed, but a theory floating around that we’ve heard is that Sonya Deville didn’t want to go to court with a shaved head. That might have done some damage to her case against that man named Philip Thomas who tried to hold her hostage.

The reason isn’t 100% clear, but SummerSlam will still feature a match with Sonya Deville and Mandy Rose with a lot on the line.