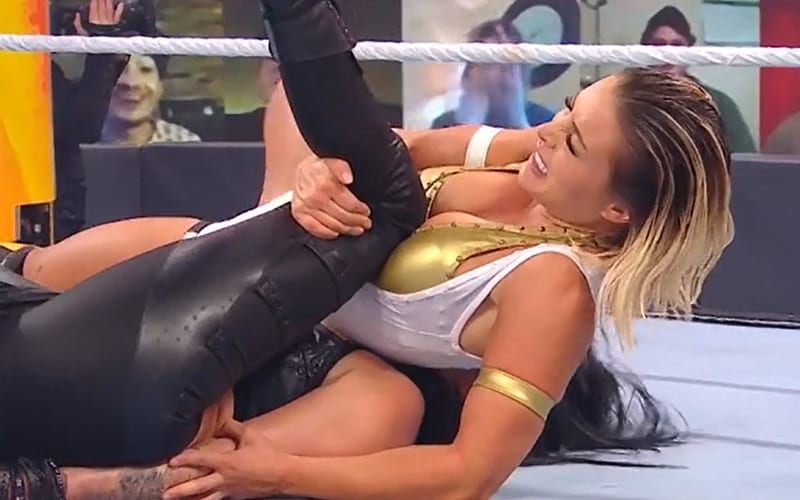 SummerSlam was going to include a hair match between Sonya Deville and Mandy Rose. The match was changed as Deville raised the stakes. Then she regretted that decision after taking a pinfall.

Mandy Rose and Sonya Deville battled in an intense match at SummerSlam. Their No DQ match ended with Rose planting a knee against the side of Deville’s head. Then she got the pinfall.

Sonya Deville was heartbroken, but Mandy Rose celebrated. Then Otis came down to celebrate with his lady The Golden Goddess. Mandy Rose even did a (terrible) worm.

It appears that Sonya Deville is leaving WWE. It’s not clear how long she will be gone, but it’s not likely she will actually depart from the company. Keep checking back with Ringside News for constant updates.