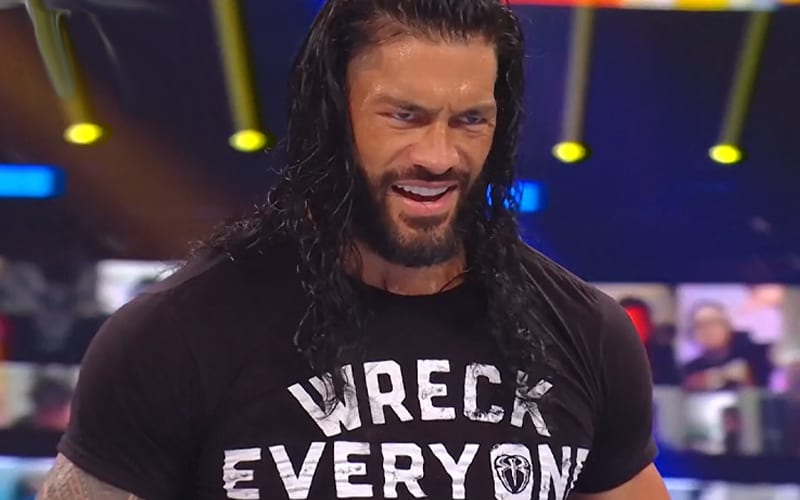 Roman Reigns made his unexpected return to WWE during SummerSlam. This was a huge shock to everyone backstage as well.

Ringside News has learned that Roman Reigns’ return was kept as a top secret. We were told that “nobody knew” he was coming back. The finish of the match was just starting to get around minutes prior to the main event match starting.

A member of the creative team who was backstage at the time told Ringside News, “I don’t know where he was, he was hidden.” It was also said that “this has been total top secret.”

We previously reported that a source in WWE told us: “Roman has been in touch with Vince this entire time, but if they are doing anything with Roman it would be a total surprise and they would have kept it.”

It was also said that: “anyone saying it is going to happen is just saying something out of their ass because even the most top secret document doesn’t reflect it.”

This was a huge surprise orchestrated by Roman Reigns and Vince McMahon. Regarding the new t-shirt that Reigns was wearing, we know from experience that those designs are approved and float around all the time. That was no indication of his return. The t-shirt is already for sale on the WWE Shop, but they are only available for pre-order, and as of this writing the link for the item isn’t even live. This is a reflection of how fast they are working behind the scenes right now in WWE.

Now that Roman Reigns is back, things are going to change in WWE. He has inserted himself into a top stop on the SmackDown brand right where he left it.