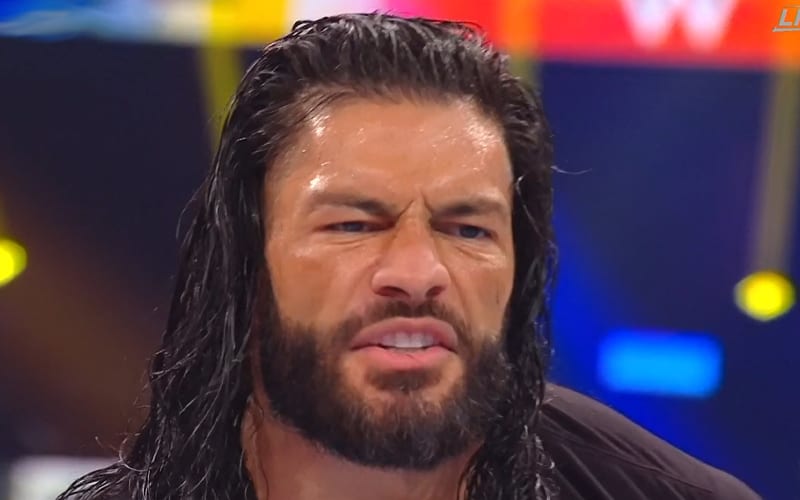 Update: Click here for our EXCLUSIVE on how WWE kept Roman Reigns’ return a secret.

Original: WWE promised a SummerSlam that we never saw coming. They delivered in a big way.

Following Bray Wyatt’s Universal Title win that concluded the night, he had a very unexpected surprise. Roman Reigns blindsided him and nailed The Fiend with a spear.

Roman then went outside the ring and destroyed Braun Strowman with a chair. He was yelling things about how he “made Strowman.”

Reigns then returned to the ring to hit a spear on The Fiend and then he picked up the Universal Title to hold it high in the air as the broadcast ended.

We have a big exclusive coming soon on this story. Stay tuned…

wpDiscuz
20
0
Would love your thoughts, please comment.x
()
x
| Reply
Report this comment
You are going to send email to
Move Comment