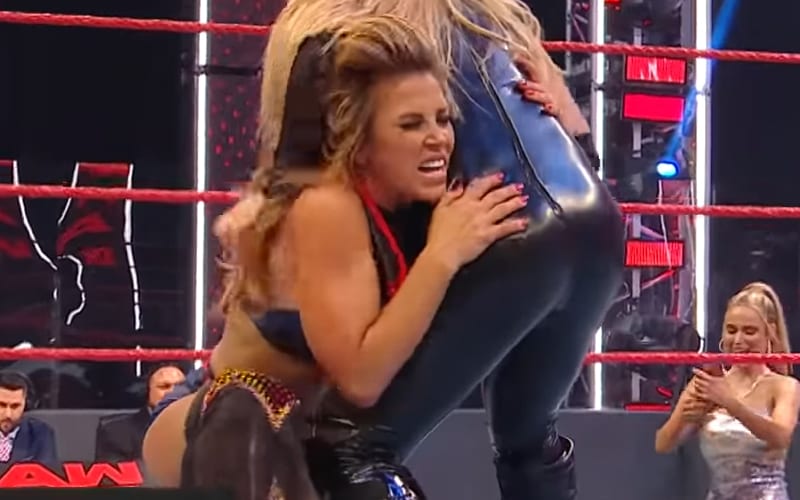 Mickie James made her return to WWE television last week, and she got back to action this week. That return didn’t turn out as she had hoped. Click here for our complete coverage of WWE RAW from this week.

James previously spoke about her return to WWE. She did admit that she was a bit disappointed about how it turned out. After being out of action for a year and a half, WWE didn’t give her much fanfare at all.

Former sports entertainment referee Jimmy Korderas had a lot to say about RAW during his minute-long Reffin Rant. He also touched on Mickie James during that time and said that he felt like the company disrespected her.

“Speaking of ill-timed, Seth Rollins coming out and interrupting the match between Mickie James and Natalya… I felt with Mickie James coming back that felt disrespectful.”

Mickie James could have more story to tell on RAW. Her rivalry with Natalya could build toward something great for all we know. It certainly didn’t impress too many people with how WWE got their feud started on RAW.

How would you have booked Mickie James’ WWE RAW return? Sound off in the comments below!