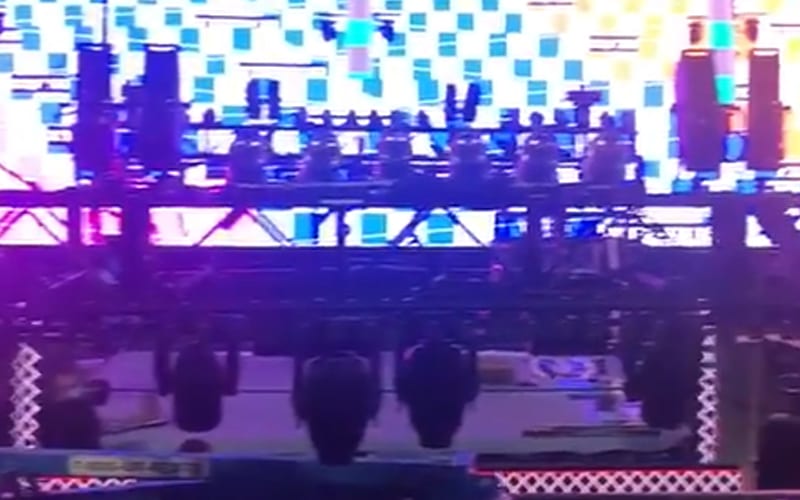 The ThunderDome is going to be an impressive accomplishment for WWE. Vince McMahon’s company doesn’t do anything small, especially when they’re trying to gain attention. McMahon is placing a lot of faith on this new Virtual Fan experience.

Sports Illustrated’s Justin Barrasso has revealed footage inside the ThunderDome. It sounds like they are still working on it by the drills and hammers you can hear in the video. The structure appears to be almost complete except for a few finishing touches.

Fans will soon be seen on the screens around the WWE ring. It will be a brand new type of experience, but WWE also reserves the right to pull fans from the ThunderDome for any reason.

Registration for the ThunderDome closed off very early. This is an idea that fans obviously want to be a part of. We will continue to eagerly await this big debut to see how it comes off on FOX this Friday.