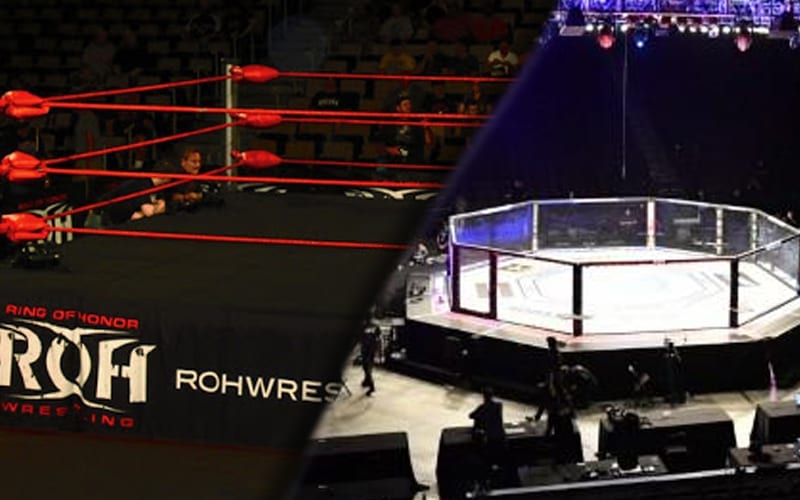 ROH decided to do things differently during the COVID-19 pandemic. They paid everyone for any cancelled shows, even those who were not contracted workers. Then they ceased operations in terms of producing new live content for half a year.

ROH remained on the air as they played best of episodes on their Sinclair Broadcasting affiliated stations. Now they are coming back.

Dave Meltzer noted on Wrestling Observer Radio that ROH is currently quarantining their stars in a hotel. They are preparing for their first set of television tapings in six months.

It was noted that ROH is “the strictest” out of any United States based company when it comes to the pandemic. They are testing everyone multiple times, quarantining everyone before the show, and “they are doing as much like UFC as they fiscally can.” This includes a bubble.

ROH is filming two months’ worth of content in this string of tapings. After getting eight weeks’ worth of television in, they will then likely do it again in the same fashion if needed.