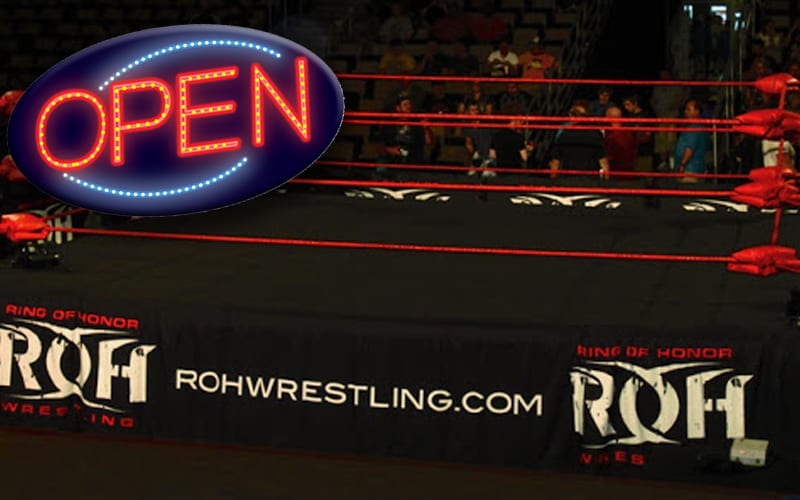 ROH ceased filming content during the coronavirus pandemic, but the company never released a single person. In fact, the Sinclair Broadcasting owned pro wrestling company paid everyone, even those who were booked, but not under contract.

ROH’s last event was Gateway to Honor event on February 29. The company is now reportedly returning to the ring and will tape television content once again according to PW Insider Elite audio. They are being very safe about things and creating a bubble to protect against COVID-19.

According to the report Ring Of Honor plans to tape for television once again on August 22nd and 23rd. This will take place in Baltimore.

It is also reported that ROH will be using a bubble strategy similar to the NBA and NHL. They are creating a bubble where talent will be tested for COVID-19 and they will only be allowed to be in certain approved locations.

The plans also call for ROH to scale down their roster for the tapings. It wasn’t noted who will be getting a call to attend, but everyone will be tested for coronavirus.