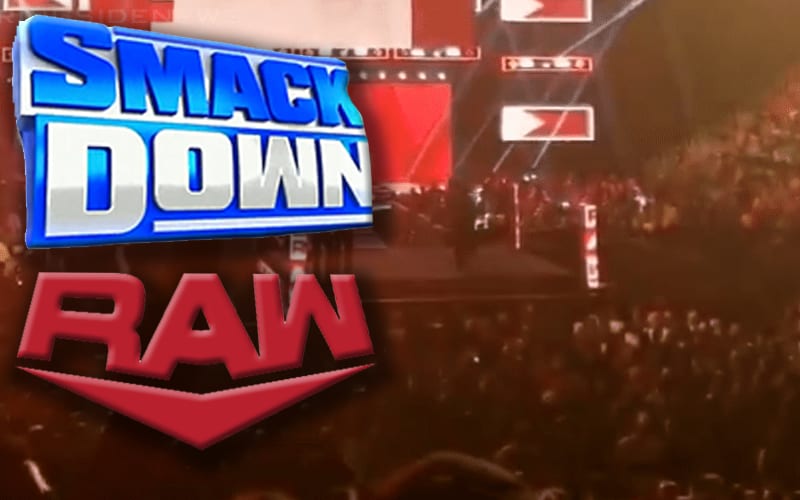 WWE hasn’t been able to have live fans inside their television tapings since the pandemic started. They did bring in friends and family, but that was stopped once a positive COVID-19 test was found in the crowd. Now they have a new home inside the Amway Center and the company is planning some big things.

Sports Illustrated recently spoke to WWE’s executive vice president of television production Kevin Dunn. During that discussion he hyped the 1,000 LED boards and drones that the company is bringing in.

They will still not be permitted to bring in live fans. This was part of WWE’s deal with the City of Orlando. When asked about bringing back fans Dunn said it is an “open-ended” discussion.

“It’s open-ended. Obviously, we want to get back in the live event business. We rely so much on our fans. The Amway people have been fantastic to work with, and we look forward to staying as long as it takes.”

Kevin Dunn has worked in television for 38 years and a great majority of that time was with WWE. The WWE ThunderDome will be unlike anything that the company has ever produced as it ushers them into a new era during the coronavirus pandemic.

“If you asked me a year ago, I’d have said we’ve done everything,” said Dunn. “But this is going to be an interactive experience, and it’s something like I’ve never produced before. Producing the show is the best part of my job, and this is going to be a historic challenge for our team to pull off. We’re excited to pull it off.”

Ringside News will have full coverage of the WWE ThunderDome. They are understandably putting a lot of hype behind the idea. The company is testing this new presentation and plans to release it to the world this Friday on SmackDown.