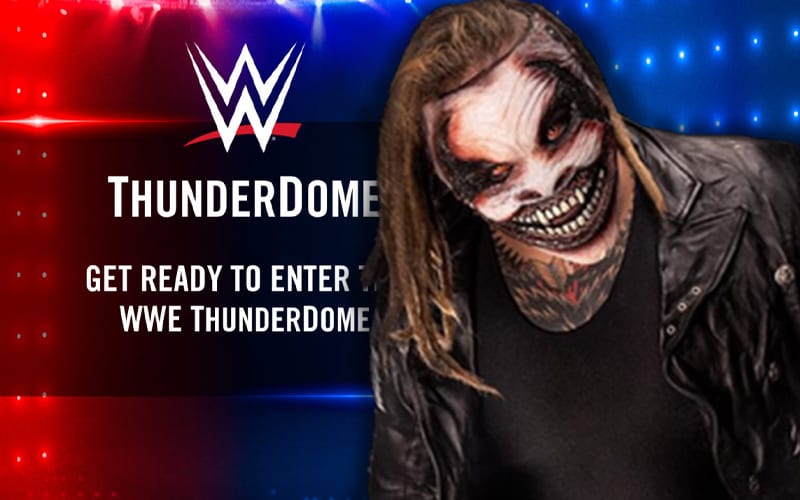 WWE will have a lot of possibilities when they open up the ThunderDome for Friday Night SmackDown this week. WWE Executive Vice President of Television Production Kevin Dunn told Sports Illustrated that the company will be practicing “like hell” for the next few days.

Dunn spoke about the possibilities for the ThunderDome. He specifically made reference to Bray Wyatt and how the Fiend will receive his very own “Fiend-dom” when he makes his presence known on WWE television.

This will allow WWE to make their larger than life characters even bigger.

“We start on Friday on SmackDown, and it will be a learning experience. We have two days of testing, and we’re going to practice like hell, then we’re off to the races. We may have fans for certain entrances, standing up and cheering for the typical babyfaces. But someone like Bray Wyatt, who is so character-driven, the entire Amway Arena will be one big Fiend-dom. That’s our opportunity to be different from sports, where we can present these larger-than-life characters uniquely. This will be great for people watching at home across the globe, as well as the ones participating.”

WWE will also be flying drones inside the ThunderDome, and using around 1,000 LED boards to bring fans a totally new experience. For more information on how to sign up visit the WWE ThunderDome’s Official website.