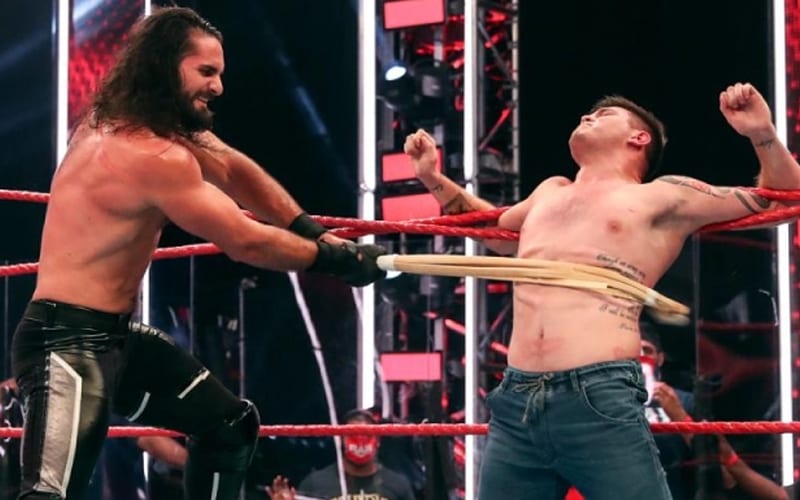 Dominik Mysterio is getting a chance that not many people would ever receive. His first official match in WWE will be in a spotlight encounter against Seth Rollins at SummerSlam. The Monday Night Messiah plans to make that appearance from Dominik his last.

Mysterio challenged Rollins to a match, and Rollins accepted. It didn’t take very long for WWE to add a street fight stipulation to their match.

Rollins tweeted out that this match at SummerSlam will be unique. It’s not every day that someone has their first and last match in WWE at the same time.

It’s not often a career begins and ends on the same night. #SummerSlam. Street Fight. For the Greater Good.

Dominik Mysterio has previous pro wrestling training. He trained under Lance Storm and has worked with his father Rey Mysterio. Other people have worked on Dominik’s career and he’s been grinding in the ring. We’ll have to see if there are any surprises in store for The Monday Night Messiah at the biggest party of the summer.

If things go Seth Rollins’ way there won’t be much of a match and Dominik won’t be seen again either.