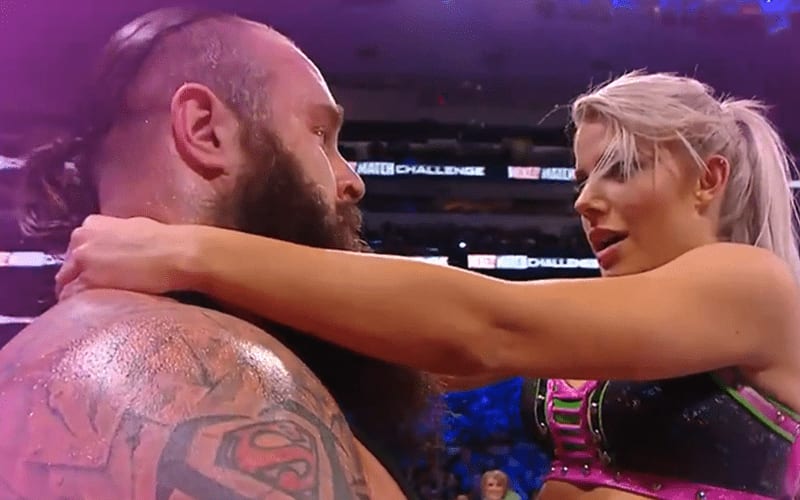 Alexa Bliss and Braun Strowman make quite an interesting paid. They were partners for the Mixed Match Challenge, and Team Little Big got quite a lot of attention.

It took WWE a very long time to circle back to Bliss and Strowman’s romantic relationship. Bliss admitted on Friday Night SmackDown that there was something between them.

During Wrestling Observer Radio, Dave Meltzer mentioned how WWE is circling back to this idea as fodder for Strowman’s current program with Bray Wyatt.

“There was always that thing where you sort of would have know, but it was sort of there that there was a connection with Team Little Big and she was bossing him around and he had a crush on her. That was all there. It was years ago, and it hasn’t been touched in years, now they’re bringing it back. They gotta find something, but at least now they’re trying something that’s working.”

Braun Strowman putting his hands on Alexa Bliss brought huge attention online. Their video on YouTube received a far greater response from any other video that WWE put up that night. This is an interesting storyline as WWE resurrected the idea that Team Little Big have a closer bond than just tag team partners.