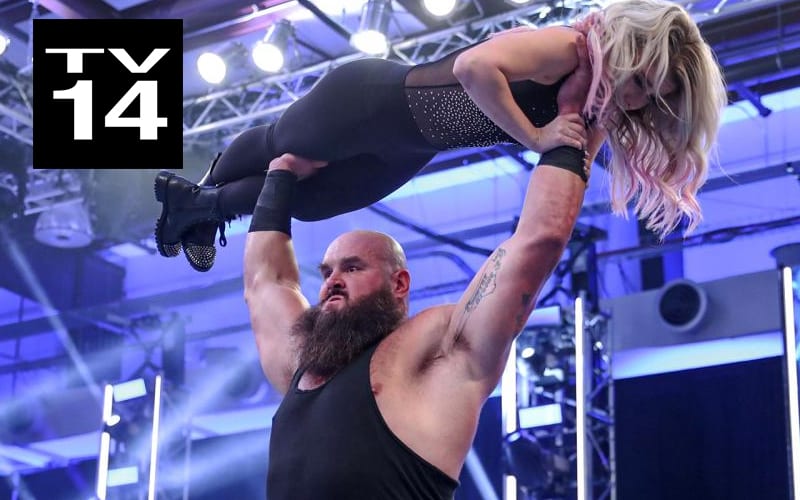 WWE programming might start to get a bit more mature as the weeks go by. Friday Night SmackDown surprised a lot of fans when it was listed as TV-14 as the show started this week.

Fans all over were very happy to see this change. The difference wasn’t immediately apparent, but WWE could be inching closer to some mature themes.

WWE made the change to TV-PG on their own. They wanted to appeal to advertisers in that family friendly market. It paid off for them and big time corporate sponsorships followed. Now that the company is looking to get some of those fans back they might have gone a different direction.

There has been no official announcement from WWE regarding this change. As of this writing no report has provided an explanation either.

This is certainly interesting timing since WWE is returning to live programming next week for Friday Night SmackDown. We will have to see if RAW follows suit.

Fans had reactions across the board. You can check out some of the initial ones below which represent varying opinions on the matter.