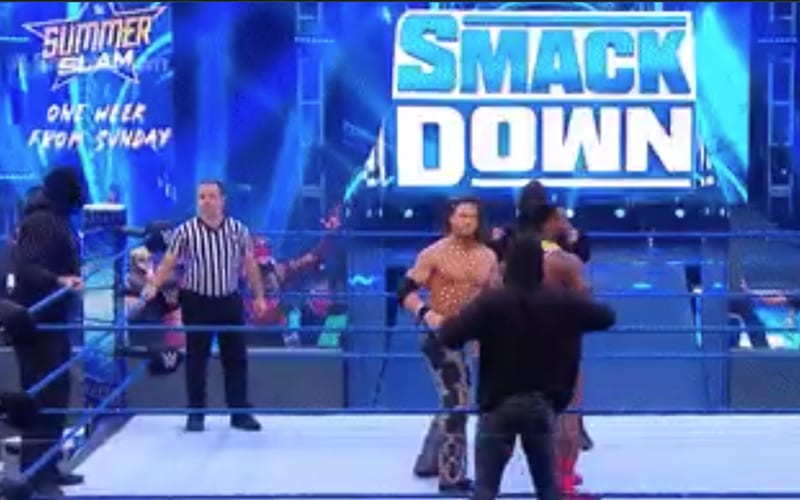 WWE Friday Night SmackDown kicked off in a big way this week. Retribution didn’t even let them start the first match.

Big E and John Morrison were set to have their match as the opening segment of the show. Suddenly, the Retribution members flooded the ring. This was after Michael Cole told fans that they had extra security to make sure an invasion didn’t happen again this week.

The Retribution members rushed the ring and took everyone out. One member hit Big E with a spear, and then they all left.

The crowd was booing as the masked members of Retribution left as the show cut to their first commercial break.