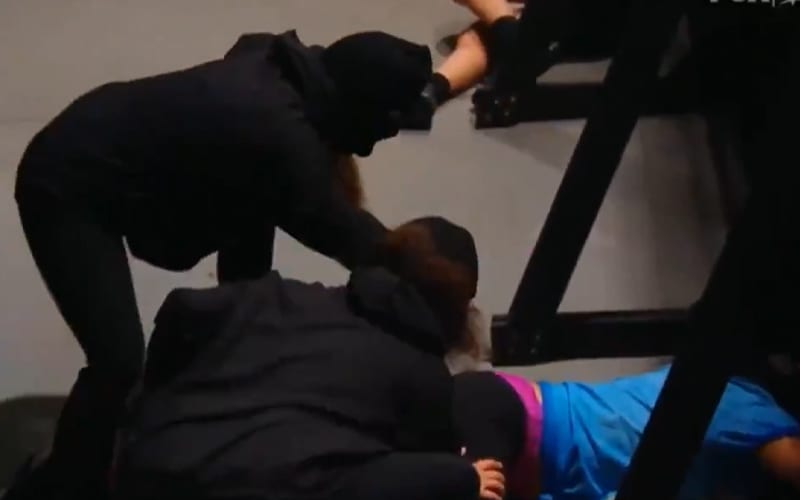 WWE SmackDown ended last week with Retribution coming down and causing chaos. This was a long segment that garnered a lot of attention. One Retribution member’s hair was exposed which gave away that there was a female in their ranks.

It was rumored that Vanessa Bourne was under that mask. She had a main roster call-up at the beginning of the year, but she hasn’t been used. It’s unclear who will be under those masks when the time really comes to unveil their identities.

The Wrestling Observer Newsletter noted that one very probably reason why they exposed female hair is to avoid further controversy. The only real physical violence on another person was when female members of the crowd were assaulted. By exposing female hair on the Retribution attacker it eliminated the idea that it was male on female violence.

Now, this was a small touch is that the woman in the Retribution group was the only one who punched or kicked the other woman and they took enough of her mask off to where you could see her long hair with the idea it’s not a man beating on a woman but a woman doing so. It should help ratings for a few weeks but it also could end up being more harm than good if there are more segments this bad

The Retribution faction is still running around WWE. They avoided going to NXT, but the main roster seems to be their playing field. We will have to pay close attention to any future blinking lights on RAW and SmackDown.

Retribution might have a harder time causing destruction in the Amway Center. We’ll have to see what they decide to do as the story progresses.