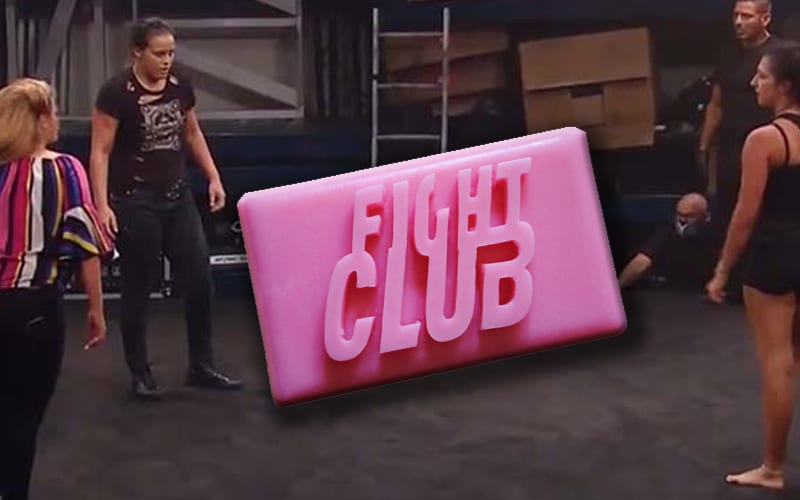 WWE’s new RAW Underground segment is bringing a lot of attention. Eric Bischoff hasn’t seen an entire segment yet, but he did catch enough to get a feel for things.

During 83 Weeks, Bischoff had an opportunity to discuss RAW Underground. He said he would have made it look more like Fight Club and less like a glitzy arena. We’re not certain what about the RAW Underground set is “glitzy,” but he continued to describe how he would have changed things up.

“No, I saw clips of it … I don’t know if it was on this show, or another interview I did, or something else. But somehow the subject came up months ago when the COVID thing first started happening. Somebody asked me my opinion of AEW and Raw. And I made the comment that if it were me at Raw, if it was my shot to call. I would have made Raw look more like Fight Club, and less like a glitzy arena with no people in it. And I’ve said consistently to back that up that WWE is too freaking glossy. It’s too perfect. It’s too pretty. It’s like getting dressed up in a tuxedo to go to Burger King. It just…doesn’t fit, it doesn’t feel right. And I used the reference, I would have made it more like Fight Club and less — in fact, my exact quote was I think, I’m pretty sure, ‘I would make it look more like Fight Club and less like Disney on Ice.’ It needs to feel gritty.

“And I’m not suggesting the WWE listens to this show and takes notes on my commentary and steals all my ideas. That’s silliness, and I don’t want anybody to think I’m trying to infer, imply, or otherwise mislead people into thinking that’s possibly true. I don’t. But I did say it first. [laughs] I’m just kidding.”

WWE had Eric Bischoff around for a few months as executive director of SmackDown. Things didn’t work out, but it sounds like he’s still got some ideas. Perhaps Shane McMahon can give Easy E a call after he phones up Ken Shamrock to get some pointers that the World’s Most Dangerous Man would love to share about how to make a worked shoot look legit.