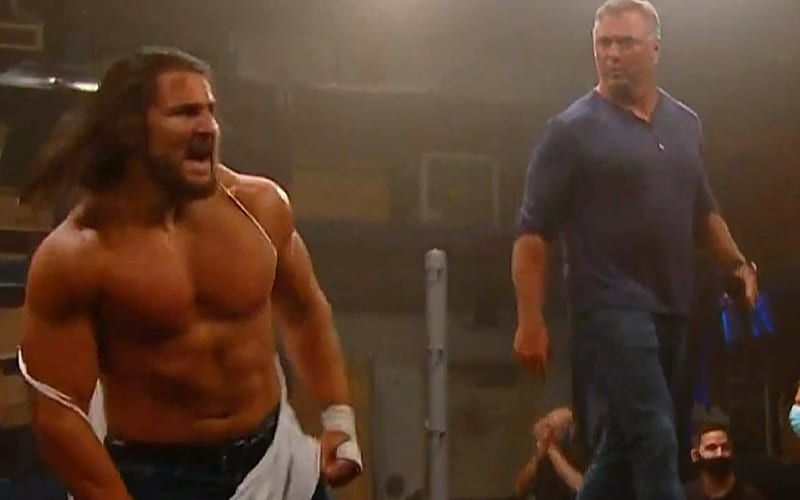 WWE ran Raw Underground for the second week, but Ken Shamrock wasn’t impressed. The World’s Most Dangerous Man tweeted out following the segment this week and he’d like to help.

Ken Shamrock tweeted out and tagged Shane McMahon. He said if WWE wants to make some shoot worked fights look good then they have his number.

Hey @WWE and @shanemcmahon next time you guys want to do some worked shoots on #RawUnderground and actually make them look good, you got my number, give me a call!

One fan fired back a reply to Shamrock saying “that’s what we need, another guy from the Attitude Era.” Shamrock clarified his point that he would like to help. He never said anything about appearing on television.

I said if you want to make it look real which I know how to do, I never said participate

Ken Shamrock is currently with Impact Wrestling. It’s not likely that he would appear for WWE, but there might be a loophole that would allow him to give Raw Underground some pointers.